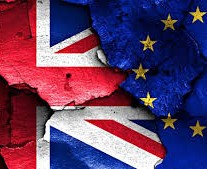 No Comments on Brexit: anaemic growth forecast for both UK and EU economy 121

The outcome of the Brexit Referendum, held on 23 June, has generated increased uncertainty, financial market volatility and abrupt exchange rate movements, both in the United Kingdom and the Eurozone.

The first assessment of the economic outlook for the euro area and the EU after the UK referendum was published by the European Commission’s Directorate General for Economic and Financial Affairs today.

Things do not look good for the UK economy either. In its forecasts, the think tank EY ITEM Club has recently written that Britain should brace itself for a “severe loss of momentum”, due to the decision to leave the European Union.

The economic outlook after Brexit: first assessment for euro area published by the Commission

Two scenarios – a ‘mild’ one and a ‘severe’ one – were analysed by the Commission to illustrate the potential effects of Brexit.  Assumptions on the shape of any future agreement between the UK and the EU are not taken into account in analysed scenarios.

Despite the depreciation of the pound sterling mitigates the economic fallout for the UK; the analysis suggests that the UK economy will probably be more severely affected, with a GDP loss of 1% to 2.75% by 2017.

This scenario for UK economy is confirmed by EY ITEM Club, which wrote Britain’s decision to quit the European Union would generate “severe confidence effects on spending and business investment.”This would lead in turn to “anaemic” GDP growth for the next three years.

The expected plunge in the value of the pound will supposedly encourage exports by 3.4% next year, with imports declining 0.3%. The move would see net exports adding 1.1% to GDP in 2017, according to the think tank.

Nonetheless, Brexit uncertainty will drive up unemployment and impede consumer spending and business investment. By the end of 2019, the rate of unemployed then is estimated to rise from 5%to 7.1%, with household and real disposable income set to drop by 0.5% next year.