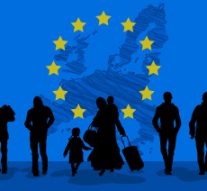 Last week the European Commission presented its proposal for the next 2021–2027 EU budget. Some Member States were not so happy with that: Prime Ministers of many different Countries and MEPs of different political groups found a reason to claim against this preliminary proposal.

One of the most relevant news of the Multiannual Financial Framework concerns migration. In fact, the Commission believes that «migration will continue to remain a long–term challenge for the Union». For this matter, to reach «the effective protection of our external borders, a new integrated Border Management Fund, covering border management, visas and customs control equipment,» will be implemented.

Moreover, «the Commission proposes to reinforce the Asylum and Migration Fund to supports migrants for the period immediately after [their] arrival on the EU territory». The fund will be linked to the «Cohesion Policy [that] will provide support to facilitate the long–term integration after the initial phase of reception». The integration and the interaction of these tools will be a very important challenge to reach a good working mechanism.

Furthermore, the Commission wants to enforce the European Border and Coast Guard (FRONTEX), creating «a standing corps of around 10,000 border guards by the end of the financial period», that means an almost ten–fold increase of the employees.

The budget exclusively used for migration flows for the period 2014–2020 was of 12.4 billion euros. More or less, the amount for migration flows for the period 2021–2027 will be almost three times bigger. Regardless of the judgment that can be given to the European Commission’s way to treat migrations, we can’t deny that this issue has taken a new and much more important relevance.

Of course, without a common foreign policy, every effort to regulate the migration issues will not be entirely effective.