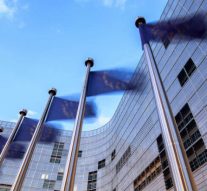 No Comments on Bulgarian promise for Europe 50

On 1 January, Bulgaria took over presiding the EU Council. As always in this period of year (as well as within the beginning of July when the next EU member state will take over), we recall the priorities and programmes for the EU presidency. This is going to be very tough thing for Bulgaria. The relatively new EU member state (since 2007), has never been in such a position, and is obstacled with many internal political problems and economic crises. What are the Bulgarian priorities and goals in this six-month presiding term? Will Bulgarian ideas help a little bit in further construction of modern Europe?

The very first conspicuous thing in terms of this presidency is the fact that Bulgarian Government have decided to establish and dedicate a new special ministry for the presidency purpose – Ministry of the Bulgarian Presidency of the EU Council. The Ministry`s internal structure is very simple, and consists of Minister for the EU Council presidency and several departments below her: political department, secretary general (under which there are two sub-departments – general administration and specialized administration of the EU affairs), as well as the financial department. The key Bulgarian priorities for the EU presidency are split into four categories as the following:

A key priority of the Bulgarian Presidency will be the continuation of the work on the European Commission package on “Modernising Education – Youth Initiative” and the progress on the New Skills Agenda for Europe. Emphasis will be placed on the mid-term evaluation of the Erasmus+ Programme and facilitating the political discussion on its future, in the context of the forthcoming proposal of the European Commission on the new MFF. The Bulgarian Presidency supports the European Solidarity Corps and the European Framework for Quality and Effective Apprenticeships, since it is precisely the young people who are the key to securing sustainable development for each country, based on the effective link between education and the labour market, as well as values, such as solidarity, tolerance and cooperation.

As stated in the Programme, “a key priority of the Bulgarian Presidency will be the EU Enlargement Policy, which continues to be the most effective instrument for guaranteeing peace, stability and prosperity in the Western Balkans. The Bulgarian Presidency’s ambition is to be a Balkan Presidency.” The Bulgarian Presidency attaches great importance to deepening regional cooperation and developing good neighbourly relations. The topic of the connectivity of the Western Balkans is of particular importance – the so-called “Connectivity Agenda” (transport, communications, energy, education, digital) with the understanding that its aim is to improve specifically the links with the EU Single Market.

The current security environment is characterised by a complex range of inter-related threats – asymmetrical, hybrid, internal and external, as well as risks containing new elements – economic, financial, energy, environmental, societal and legal. In the overall context of the fight against terrorism, the Bulgarian Presidency will encourage the use of all possibilities for improving the cooperation between law-enforcement and security services, as well as the exchange of information with European agencies. In-depth discussions are needed on the security checks along the borders and within the Union. The Bulgarian Presidency will work to restore the normal functioning of the Schengen Area. As regards measures for enhancing ethnic and religious tolerance and for countering acts of anti-Semitism, the focus will be on the freedom of speech and expression, the freedom of religion and confession, and countering anti-Semitism.

Bulgaria will work on removing the legal barriers to cross-border trade and on making real progress to tackle the existing regulatory barriers that hamper establishment and cross-border trade in services and goods within the EU. The Bulgarian Presidency will encourage the reduction of unjustified and disproportionate requirements for businesses in the area of services by applying a more sophisticated notification procedure for compliance with European requirements and establishing the relevant instruments for supporting citizens and businesses in handling the necessary administrative formalities, facilitated access to information and online procedures.

A Bulgarian promise for Europe?

In a 42 pages long Programme of the presidency, word “economy” is stated only for 24 times! Unlike other words and phrases such as digital economy, youth, Western Balkans and crises, economy seems not to be fully recognized by the Bulgarian plan in further economic development agenda of the Old Continent. The Bulgarian Presidency will work on creating optimal conditions for strong and sustainable economic growth in the EU through the initiatives to strengthen the Economic and Monetary Union (EMU). The Presidency will promote the discussions presented in the EU strategic documents, including the Five Presidents’ Report, the Commission’s White Paper and others, aiming at deepening the EMU, including risk reduction in the banking sector as part of the measures to complete the Banking Union, as well as building the Capital Market Union. During the Presidency Bulgaria will work towards finding an acceptable balance and compromise on risk reduction in the banking sector, and continue the work on the legislative proposal for the creation of a European Deposit Guarantee Scheme as part of the measures to complete the Banking Union. The Presidency will continue to work on measures for building the Capital Markets Union with a view to strike a balance between bank and non-bank financing, strengthening the European financial system as well as to create more funding opportunities for small and medium-size enterprises.