Home / Migration / The cost to give up on Schengen 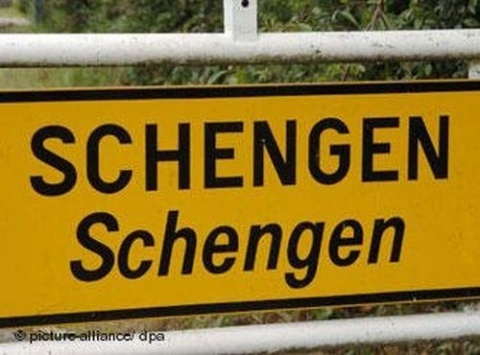 No Comments on The cost to give up on Schengen 66

The refugee crisis and border checks, both at EU external borders and within the Schengen passport-free area still raise concerns.

This week, the Plenary has discussed the future of Schengen with Commission First Vice-President Frans Timmermans and the Migration and Home Affairs Commissioner Dimitris Avramopoulos. Indeed, on 27 January, the European Commission, after the verification of the application of the Schengen rules, warned that regular ID checks might be reintroduced for up to two years if Greece does not solve some “serious deficiencies” in the management of its EU external border.

According to the Schengen borders code border checks may be reinstated for 10 days for “public policy or national security” reasons. These checks may be maintained and renewed for a total of two months. But if there is a clear threat to internal security, checks may be kept for periods of 30 days, up to a maximum of six months. In “exceptional circumstances” they may be extended for two years.

The recent decision of some Member States to tighten borders control risks to be detrimental for Europe, putting serious troubles if the Schengen zone collapse.

Schengen is one of the most important achievements of the European integration and the cost of reinstating Europe’s borders is huge. Every day a volume of 3.5 millions cross the borders between the 22 EU countries plus Iceland, Liechtenstein, Norway and Switzerland in the Schengen zone. Almost 1.7 million people in Europe work in one Schengen country and live in another. Every year, a couple of trillion euros in goods and services moves around this area.

In a speech before the European Parliament, Commission President Jean-Claude Juncker said the re-imposition of border controls would cost €3 billion-a-year in lost business, citing the Commission’s estimates.“Less Schengen means less employment, less economic growth. Without Schengen, without the free movement of workers, without freedom of European citizens to travel, the euro makes no sense” he added.

In the wake of these exceptional circumstances, the best way to avoid putting Schegen at risk is to urgently reinforce its governance, taking into account short-term needs of strengthening external borders, as well as a broad approach to asylum and migration.