Home / External Relations / Covid-19 and Aviation: when the prestige is at risk 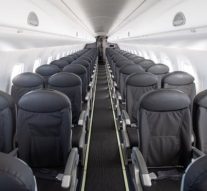 No Comments on Covid-19 and Aviation: when the prestige is at risk 48

Aviation, conceived in its two dimensions of military security tool and symbol of national prestige, represents a peculiar economic sector – with influences coming from many and different scientific and political fields (for example trade, energy, sustainable economy, defense and security, and so on).

First, military security. One of the “eternal truth” that we hold to be self evident is the notion that our national security objectives are necessarily and efficiently served, by any expansion of our civil air carriage. We believe that a healthy commercial air transport industry is a “military asset”, per se. What makes this specific stereotype die hard is the fact that history, even relatively recent history, has tended to support this belief. The national defense objective, of course, loomed large in the early promotion of commercial air transport, and this promotional policy paid off handsomely for the Allies in the WWII. The military value of aviation was efficiently demonstrated during the Berlin Blockade (1948) and the Korean War (1950-1953).

However, today things are slightly different and when we examine the military airlift requirements that are now envisaged, whether for limited or for general war, we find that they impose demands on air carriage that an uncompromised commercial air transport system was simply not designed to meet. Among other things, the demands include the need for instantaneous readiness, for lifting outsize and dense cargoes over very long ranges, for unaccustomed loading and landing operations. Civil aviation has in fact its own ability to contribute to the wartime task – the contribution to military passenger transport could be a vital one. Anyway, translating this potential into an actual ability requires a major effort that is anything but automatic (a sacrifice of the normalcy that goes wee beyond the adjustments that have been in force in the past).

The other aviation myth that importantly affects our international relations has to do with the matter of prestige – the US widely held conviction that their influence abroad is somehow directly, and even uniquely, associated with their continued international aviation supremacy. In old French, the word “Prestige” does refer to a “glamorous illusion” able to have ascendency over men’s mind. Prestige constitutes, as IR constructivist theories put it down several times, a civilised form of influence. The question is whether prestige can be pursued as an objective in itself, and whether it is associated with any particular example of human activities.

History records great nations, the Mongols, the Assyrians, Hitler’s Germany and Stalin’s Russia acquiring enormous power, but leaving behind them not a pinch of prestige. History tells about small nations too. Athens of the Golden Age, Italy of the Renaissance, France of the Grand Siècle, enjoyed enormous prestige, apparently without a significant power.

What is then the most important ingredient? The idea of prestige, of course, is bound up with that one-off being respected. True prestige is deeply rooted in innovation and excellence as an achievement. Today, frontiers of aviation are wide open and there is enough room for innovation and excellence of every sort in air transportation. The vigorous and intelligent pursuit of excellence in this realm could well yield someone prestige far beyond expectations.

In the Coronavirus era, aviation worldwide is sinking, bringing down an entire sector that more than others has modified people lives and customs across decades.

The impact of the global COVID-19 pandemic on business aviation is fluid and evolving by the minute.

The latest estimates by ICAO (March 2020) indicate that the possible covid-19 impact on scheduled passenger traffic for the full year 2020 could present in two different scenarios.

In a first case, where ICAO imagines a first sign of recovery in late May, we shall assist to an overall reduction ranging from 38% to 55% of seats offered by airlines, an overall reduction of 861 to 1,292 million passengers, and approximately a USD 151 to 228 billion potential loss of gross operating revenues of airlines.

In a second and worst-case scenario (bottom out and pick up in the third quarter of 2020 or later), ICAO estimates an overall reduction ranging from 48% to 71% of seats offered, an overall reduction of 1,108 to 1,524 million passengers and approximately a potential loss of USD 194 to 269 billion of gross operating revenues of airlines. These impacts necessarily depend on the duration and the magnitude of the outbreak as well as the containment measures and their efficacy, the degree of consumer confidence for air travel and general economic conditions.

According to Eurocontrol, air traffic in Europe fell by 87% at the end of March. The rest of the world, as demonstrated by apps like Flightradar or photos of planes parked everywhere, is no less. The civil aviation business is based on continuity: by simplifying in an extreme way, tickets are paid in advance by passengers, today for a flight in the future; This cash flow allows operators to pay for today’s operations – fuel, leasing or mortgages for planes, salaries, taxes, suppliers.

If the cash flow from tickets is stopped, the airlines must meet today’s costs with their reserves. Covid-19 is, in a way, the perfect storm. Travel bans, social distancing and fear have literally wiped out demand almost globally. How long can the company’s liquidity last in this situation?

According to a CAPA study published in mid-March, low-cost Wizz Air and Ryanair have 170 days; IAG, Finnair and easyJet more than 100 days; Air France-KLM and Lufthansa between two and three months; Norwegian less than one. And, with them, the whole “induced” is at risk, from handling companies to airports.

Faced with this situation, airlines are moving in two directions: spending reductions and government aid.

On the first front we are seeing cuts to all those non-essential investments, along with reductions in unpaid wages and holidays (some regional companies in America and Flybe in the UK have, on the other hand, closed their doors).

On the government aid front, the situation is still in the making: Singapore has invested heavily in SIA; In the UK, the government has promised aid only as a “last resort,” first asking investors to put their hands on their wallets. Considering that the industry has paid record dividends in recent years, it does not seem like a demand for anything.