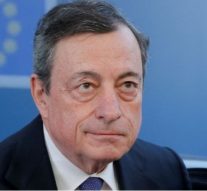 No Comments on Covid-19 is bringing unity or division at national level? 63

Covid-19 pandemic has caused important political development all around Europe. On one side Italy is giving an example of unity, with the new government guided by prime minister Mario Draghi that include all the political forces represented in Parliament but Fratelli d’Italia.

On the other side, in many cases, a high political polarization is witnessed. One example is Catalonia, where the local election held on February 14th gave the majority to the independence front, which gathers the Catalonia’s Republican Left, Togheter for Catalonia and Popular unity candidacy. Even if local branch of prime minister Pedro Sanchez’s Socialist Party won the most votes, it is clear that three pro-independence parties secured over half of the vote in elections.

Spain’s foreign minister, Arancha Gonzalez Laya, told “Euronews” that the result would not change the government’s position on Catalan independence. “What the Spanish government has been saying is that it understands that there are different sentiments within the Catalan people,” Laya said. “The reality is that in Catalonia, society is divided and there is no unilateral recipe that would resolve the differences that divide Catalans. The only way forward is dialogue”.

In any case it is truth that three independent parties, which together should obtain 74 seats in the Catalan Parliament, have obtained the reconfirmation of the independence block that had already governed the “Generalitat” after 2017 elections. Despite 33 seats obtained, the socialist party is probably condemned to opposition. What happened in October 2017, with the referendum for independence, is a scenario absolutely to be avoided for Sanchez’s government, also considering the importance that the autonomist question it covers in Spain.

Another interesting development is the one registered in Slovenia where a no confidence motion was presented against right wing government of prime minister Janez Jansa. The conservative politician has been accused by the opposition of using the health crisis to undermine the rule of law and weaken institutions. The country’s opposition holds just 43 seats and was relying on votes from the coalition partner Modern Centre Party (SMC) to support the motion. But it failed to secure enough vote, missing the scenario to find an alternative majority in Parliament maybe even wider as happened in Italy for example.

Karl Erjavec, leader of the opposition Desus party, had told lawmakers that they were choosing between “an authoritarian democracy and a normal, constitutional and democratic Slovenia“. According to Erjavec, the objective is to “put Slovenia back on the right track” and move closer to the “core” values of the European Union. But that was not enough.

Another situation worthy to be examined is happening outside the EU, and it still has to do with Brexit. After last minute agreement, indeed, bottlenecks have emerged also within British territory. To avoid the creation of a physical barrier on the island of Ireland, Northern Ireland has remained de facto within the customs union with the EU and in the single European market. This has determined the need to subject the goods that move from Great Britain to the whole island of Ireland to the same controls they would undergo if they were destined for an EU country. Bureaucracy and other problems have ended up creating a substantial isolation of Northern Ireland from the rest of the United Kingdom, with supply difficulties in supermarkets already felt in January 2021.

Downing Street and the public opinion of the United Kingdom will furthermore have to confront again the separatist instances that are emerging in Scotland, in view of the vote for the Parliament in Edinburgh, scheduled for next May.

In the end another divisive problem is emerging even within the EU and has to do with the Covid-19 vaccines that in European Commission President Ursula Von der Leyen’s strategy should represent an example of unity. Croatia and Slovakia, two EU member States, are in talks with Russia about buying its Sputnik V coronavirus vaccine.

“We talked to the European Commission’s officials. They believe that the speed of vaccine delivery through February and March is going to be increased. I expect a minimum of 600.000 doses by the end of March arriving in Croatia,” said Croatian prime minister Andrej Plenković. “Russia has expressed its willingness to share its vaccine with us. We are currently waiting for the green light to arrive for Sputnik V’s safety, from the Croatian drug agency and its EU counterpart. It has to be safe for use”, he added, at least distancing Croatia form the unilateral approach that Hungary already choose announcing the use of Sputnik V to vaccinate its citizens.