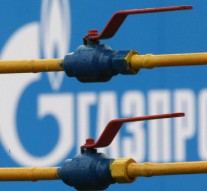 A Statement of Objections has been sent to Gazprom accusing the gas supplier alleging an abuse of its dominant market position in breach of EU antitrust rules. The European Union has accused the Russian firm of causing some market distortions at damage of Central-Eastern Member States (Bulgaria, Czech Republic, Estonia, Hungary, Latvia, Lithuania, Poland and Slovakia), where Gazprom has more than 50% of gas market share.

The accusation denounces that Gazprom selling contracts include:

Dominant positions in the energy market have been already sanctioned to GDF (Gas de France) in 2004 for a similar territorial restriction clause at the expenses of the Italian ENI and ENEL. Now, the Russian leading gas supplier has been also accused of unfair pricing policy against Poland, Lithuania, Bulgaria, Estonia and Latvia. The selling prices are far above the production costs and unjust considering the local geographic market and energy mix.

What is more, the European Union has accused Gazprom of bundling procedures in as much as it made the provision of gas conditional to infrastructure-related commitments from wholesalers. The findings on this aspect refer to the engagement of Bulgaria concerning South Stream investment, and to the engagement of Poland on the Yamal pipeline. Following the Statement of Objections, Gazprom has 12 weeks to formally answer. If found guilty, Gazprom will have to pay a fine amounting to 14 billion euros (10% of Gazprom 2012 turnover).

The EU antitrust investigations have started on 2012; nonetheless, the Statement of Objections has been sent only on April 22nd 2015, when Russia is offering financial aid – and political support – to Greece (refer to our previous article).

This timely European answer seems to be a political gambit, more than a regulation action; indeed, it might induce Russia to step behind in the Greece-EU chess game and at the same time Gazprom to agree a European common selling price in the framework of a European energy union.