Home / Economy / What doesn`t kill you, makes you stronger 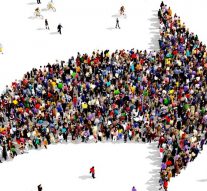 No Comments on What doesn`t kill you, makes you stronger 37

The NEU is being festive these days. As we celebrate 50th issue of our magazine, we thought it would be great if we can provide you with what we, editorial members, have been reporting you about, in our respective areas, in the last year. As far as the economy is concerned, the last year was everything but boring. Dozens of big shakes occurred in the world`s leading stock exchanges, several political turmoil occurred worldwide and both the European and global economy are still stagnating with no optimistic forecasts.

Last March was marked with high inflow of refugees to European Union countries. Turkey played a key role due to its position within the refugees` route. At some level, it seemed that EU and Turkey had started to play a politico-economic dance, since the EU provided Turkey with more than 3 billion of Euros, and promised visa liberalization regime for Turkish citizens. The continuation of negotiations with Turkish bid to the full EU membership was also on table. However, even though Turkey wholeheartedly accepted all the provided help, it did not respect the agreements it signed with the EU. Several weeks later, massive protests over the labour rights in France had happened. Protesters were situated in most of French biggest cities, over the controversial French Government proposed reform.

The French Government have introduced that reforms would:

This proposal was backed by the most visible proponents of the bill – Mr. Valls and Economy Minister Emmanuel Macron – who have urged backing for the proposals, pointing out that they would bring France “into line with practice in the rest of Europe”.

We have also put a stress on the occurrences in Greece and its external debt. This country hasn`t still recovered from the world economic crisis in 2009. The key problem for Greece last year, was absence of the supranational consensus within the Eurozone over the question: Should Greece be helped and why not?

Probably the most notable political event in the last season was the Brexit which will ultimately lead to the British leaving the EU. As we predicted, Britain will now is facing with short term, middle term and probably will face with the long term consequences. That fact, made several trade and financial centres (such as stock markets) fail during May 2016 for about 6% of their total value. The uncertainty of what will be the final outcome is being added to the tension on the markets in Frankfurt, London and Paris. Middle term consequences are visible now in the exit negotiating process with the EU. London wants to keep all the economic privileges it used while was the full member state of the Union, but Brussels had clearly said that no compromise will be made. And indeed, the Pandora box was opened, so we still do not know what will be the long term consequence for Britain due its decision to leave the EU.

We have also been writing on the Turkish economic indicators after the coup d`etat attempt. It seems like this country was the supercentre of the European affairs in 2016.

By the end of 2016, we reported you on the EU macroeconomic indicators through the European economic semester for the last quarter of the year. It showed some signs of recovery but still, the progress was very slight. This almost stagnating process was party caused by the CETA agreement which was denounced by the Belgium and therefore rejected by the EU in relations with Canada. The EU still does not have any kind of stronger economic cooperation with Canada, and new elected president Trump announced he is “not that much interested in transatlantic relations with the European partners”.

After we have tried to explain situations of economic (non)development in some EU member states such as Italy, we have put stress on whether the EU could and should be driven in a multispeed mode?

It seems that after all of these developments, the multispeed EU project is probably the most realistic one since everything turns over it. This 2017 will be marked as the year of elections in the crucial European countries such as the one held in the Netherlands, and the one which will be held in France and Germany. The European destiny is in the hands of the Europeans. That is why the previous year should be motivation for EU leaders to create even stronger cooperation among themselves and establish a functioning Union.