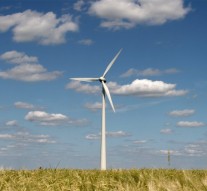 No Comments on Dutch Presidency on energy: a sustainable step forward 34

As the Netherlands Presidency has just finished, it is time to evaluate its quite ambitious energy programme.

The programme naturally ties in closely with the trio programme presented by the heads of government of the trio comprising the Netherlands, Slovakia and Malta on 16 December 2015.

As a fourth priority, the Netherlands emphasises the close cohesion among the issues of climate change, energy, the environment and sustainability. Economic goals and the responsible use of natural resources and energy are promoted together in a future-proof model for sustainable growth.

The EU can boost this approach by stimulating innovative sectors that contribute to a transition to a circular economy that uses natural resources sustainably.This aspect is coherent with the Commission proposal on a circular economy and its intention to present a proposal for achieving the Sustainable Development Goals (SDGs) within the EU and beyond.

The Netherlands Presidency has pressed strongly for the further development of a European Energy Union: strengthening the energy supply, creating an internal energy market, making the EU less energy-dependent, boosting research and innovation in the area of renewable energy, and setting out a future-proof climate policy.

In 2015 the European Commission presented a framework strategy for a European Energy Union, aimed at ensuring a more stable energy supply, reducing the EU energy dependence, and establishing a sustainable climate policy. To implement the strategy, the Commission has proposed revising the Energy Labelling Directive.

The strategy is likely to be elaborated further over the coming year. For instance, key proposals are put forward on redesigning the electricity market in order to enhance the flexibility of the energy system, the coordination of supply security policy, the integration of sustainable energy in the market, and regional cooperation.

The Commission has also published proposals to strengthen security of supply in Europe. The Netherlands Presidency has followed the EU path, focusing especially on regional cooperation, an essential building block for the Energy Union.

A complete and fully functioning internal energy market remains a major goal of the Union for the coming period. The new Presidency inherits the Netherlands efforts on the interconnection of energy infrastructures, in accordance with the targets set by the European Council, including strengthening regional cooperation and international cooperation in the field of energy. Increasing energy security through diversification of suppliers, sources and routes remains a key objective.

Work will continue on the design of the governance system of the Energy Union. Energy efficiency, energy prices and renewable energy will also be addressed as important issues in relation to competitiveness.

The Dutch Presidency and the outcome of the Paris Agreement

Following the EC negotiations started last year to revise the EU emissions trading system (ETS), the Dutch Presidency has pushed for concrete progress in these negotiations, with a view to implementing the European contribution to global climate change efforts (minimum 40% reduction in 2030 compared to 1990 levels) in EU policy and legislation.

Its efforts have contributed to new goals on ETS target: indeed, in the second quarter of 2016 the Commission is expected to propose new national targets for further CO2 emission reduction in non-ETS sectors (effort sharing decision).

While some of the energy dossiers are far to be achieve, the programme of the Dutch Presidency on energy  is a 6-month step in the wider context of the European path towards the energy union, which gave a stimulus to a future-proof model for sustainable growth.