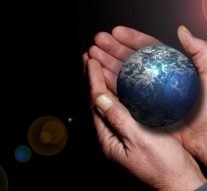 No Comments on How Earth Observation is helping humanitarian aid 46

Turkey decision to open its borders allowing Syrian refugees to flee into Greece is exacerbating a Europe already under pressure with the spreading of the virus all around its states. Conscious of the fact that the virus knows any borders and refugees neither, they are fighting to overcome Turkish and Greek police opposition which is using teargas at the share border. Europe comprehensive response from the European Commission, Parliament and Council who flew to Kastanies, Greece, to meet with Greek Prime Minister, roomed the zones, called for solidarity and humanitarian aid. Money cannot help what the Bloc did not manage to control in the past five years, being hostage of a country that blackmail for promoting its geopolitical agenda and diverging at the same time the attention from Northern Syria.

The ongoing civil war in Syria, almost in the last past years, has contributed to around eleven million of refugees, of which almost a half of has fled internationally and the other portion is internal displaced. Syrian refugee movements have been tracked since using satellites imagery to monitor the refugee camps built, giving an insightful perspective of the crisis. The Zaatari refugee camp is one of the most famous (unfortunately) camp in northern Jordan at the border with Syria for Syrian refugees. Opened in 2012, due to its dimension and quantity of people, it has become the fourth largest city in Jordan.

The little amount of data about these unauthorized movements of people are not enough to really cover the affected area, that is why remote sensing images play a vital role to support and help with humanitarian aid. Even though on-the-ground images are best evidence, most of the times in situ data is not available, therefore “obliging” international organisation to make use of remote sensing data. Remote sensing data allow governments and aid agencies to have access to geographical area for extended period for this case also to monitor the monitoring of the camp management.

Combination of satellite radar and imaging technology help authorities to monitor migration paths, provided detailed images of the hotspot where border crossing peak to determine where new crises might occur. Many NGOs consortium in the past five years have start using earth observation data to support the humanitarian sector, with undergoing projects using Copernicus sentinels. The European Space Agency, indeed, in support to the Sustainable Development Goals, regularly engage with non-state actors for a fair and equal aid distribution.

From water supplies, population changes, migratory patterns, refugee and asylum seekers fleeing, to environmental impacts, satellite imageries are a powerful tool to make use of.