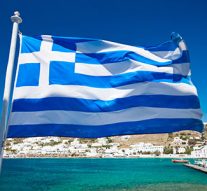 During the period 2000-2007, GDP in Greece increased by 32%, following an average annual growth rate of 4%. In the same period, the increase of added value almost in all sectors was also substantial. This increase is mainly due to the boost for major investments and infrastructure constructions for the Olympic Games and the inflow from EU structural funds which contributed to this economic performance, during the period 2000-2007. The official data from ELSTAT and Eurostat demonstrate the clear impact of the economic recession on the Greek economy during the period 2007-2016. All sectors of economic activity show a decrease in Gross Value Added, particularly for the period 2009-2013, where the impact of the economic recession was being felt in the real economy. Despite the increase in the service sector for the year 2008 which was 8.3% compared to 2007, in the following period 2008-2013 there was a decreasing trend with an average decreasing rate of 5%, while in the period 2013-2016 the Added Value of the service sector stays almost stable. The total decrease for the period 2008-2016 was 26%.

The first attempt for searching and exploitation of hydrocarbons in Greece started in 1842 in the is land of Zakynthos. By mid-2006, the only successful exploitation was in the field of Prinos in the North East Aegean. This oil deposit was discovered in 1973 and until mid-2006 was the only Greek hydrocarbon source. This was small and covered only a very small percentage of the total demand. By mid-2006, this deposit was almost exhausted.

The Hellenic Petroleum group of enterprises and Motor Oil Hellas:

– import crude oil and oil products to Greece in order to cover its increased demand;

– keep in their possession the four refineries that operate in Greece, and located in Aspropyrgos, Elefsina, Agioi Theodoroi (near Corinth), and Thessaloniki;

– are present in business activities abroad.

About research and exploitation, the group expanded via consortia in Albania and Libya. It undertakes large investment initiatives in the Balkans, participating in large projects such as the pipelines of Thessaloniki-Skopje and Burgas–Alexandroupolis.

The Burgas–Alexandroupolis pipeline project, signed in April 2005 between Greece and Russia, is the most important international memorandum Greece has ever signed in the petrol sector. This

pipeline also is anticipated to become an international oil passage.

The Motor Oil Hellas group of enterprises exports 25% of its production while it intends to penetrate in the Balkans by growing the network of sales through the LPC Company of oil products. Finally, the Hellenic Petroleum group of enterprises has undertaken, to explore for hydrocarbons in the Greek territory on behalf of the Greek State.

The Greek State has also changed its policy in the petrol sector with a view to liberalise this market. However, fundamental objectives remain the security of energy supply, the constant quality of the petroleum products, stable and competitive prices for the consumers and the protection of the environment.

Based on the international evolutions and directives of the EU, the future strategy of Greece will focus on the:

– increase of competition at all levels,

– proper operation of the petrol markets,

– incentives given to Greek petroleum companies for their further introduction into international markets,

– intensification of the search for new hydrocarbon fields.

Greece succeeded in its objectives set as from year 1950 and up to the mid-90s.

Since it has progressively introduced new objectives, based on EU directives or International Energy Agency (IEA) and other international organisations recommendations.

The objectives set for the period starting as from the mid-90’s are:

– to guarantee energy supply in primary energy sources and from multiple sources,

– to progressively liberalise the entire energy market, up to the point that the role of the

state will only be legislative and regulating,

– to protect the environment, starting with the objectives set by the Kyoto Protocol,

– to develop RES to the target limits imposed by the EU,

– to establish equal access for all consumers to low-cost and good quality energy.

The energy policy of Greece is at a turning point and requires important decisions since many and difficult objectives are set. During the next decade, important changes will take place in the energy scenario. This is due to the liberalisation of the energy market, the new investment opportunities in new technologies, the need to adapt to the environmental requirements particularly with regard to Kyoto and to the extension of activities to the European and Balkan markets. The transition period is critical since it must be harmonized with the three main objectives: competitiveness of industry, protection of the environment, and security of energy supply. An important divergence would have considerable consequences.

The liberalization of the energy market should continue while ensuring that there will be no problems with energy supply. The funds obtained from privatisation should also be properly invested. New investors in the energy market should be ensured and, naturally, measures for the protection of the environment should be taken. Finally, the development of RES and energy savings should be enhanced.