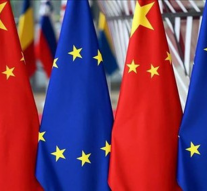 The European Union has recently imposed the first sanctions against China in more than 30 years, namely since the arms embargo imposed in 1989 as a result of the violent crackdown in Tiananmen Square. This is a “new China”, certainly more open toward European economy, but still not a full functioning democracy.

The new punitive measures were aimed at five targets: four Chinese officials and one state-sponsored company believed to be involved in the human rights violations of the Uyghur Muslim minority in the Xinjiang region. The move from Brussels was coordinated with Western allies: on the same day, the Us, Canada and United Kingdom announced sanctions against the same targets, sending to Beijing a strong message.

In retaliation, China sanctioned 10 Eu citizens and four entities, for “gross interference” in its internal affairs and “maliciously spreading lies and false information”. According to the country’s foreign ministry, all relevant personnel and their family members will be prohibited from entering China, including Hong Kong and Macao, and companies and institutions affiliated will be restricted from engaging with China.

Diplomatic relations between EU and China have indeed taken a sudden turn for the worse, opening a new chapter of hostility, distrust and uncertainty. And this new situation comes at an especially sensitive time in EU-China ties. At the end of 2020, China and the EU finalized negotiations for the EU-China Comprehensive Agreement on Investment (CAI), that aims at creating a level playing field between Chinese and European companies doing business with each other.

This agreement was criticized by numerous observers even while supported by the EU, government leaders, and the business community. Its goal is to regulate the foreign investment framework and help European companies better compete on the Chinese market. Chinese companies have largely open access on the EU market, but European companies aren’t so lucky. The CAI aims to change that. And the fact that China agreed to a number of concessions to wrap up negotiations before the inauguration of the Biden administration shows that it had an interest in the CAI entering into force and strengthening Brussels-Beijing relations.

Now, in order to make this important new scenario become real, the CAI agreement still needs approval from the European Parliament and the Council of the Eu. On March 23, the European Union Parliament, whose approval is mandatorily required for passing the CAI, cancelled its review meeting on the agreement, raising deep concerns among the business community. Thus, fewer than three months after it was agreed upon, progress on the EU-China Comprehensive Agreement on Investments has come to a halt as a result of the sanctions due to human rights and forced labour issues in Xinjiang.

The delay and increasing uncertainty around the EU-China agreement on investment may pose an economic loss of business opportunities to both the Brussels and Beijing. The deal had marked China’s success in securing closer trade and investment ties with the EU against the backdrop of escalated US-China rivalry, while for European companies, the CAI meant better access to the giant Chinese market, especially in the automotive sector and financial services.

The new tensions between Eu and China, and halting of CAI talks, may indicate that the Brussels is moving closer to Washington stance. Meanwhile, Russia and China, both accused of human rights violations, have condemned the US and EU for interfering in their internal affairs. Moscow and Beijing have even jointly called for a UN Security Council summit to diffuse heightened “global political turbulence”.

It could be highlighted that, by releasing information about the cancelled meeting, the EU was just putting on a show for the US. US Secretary of State Antony Blinken paid visits to Europe and wanted to rally Europe against China. Such an intention is clear among European countries, while on the other hand just following the US stance against China would ultimately hurt their economic interest.

On the one hand the EU is making a show for the US, while on the other hand it could also aims at asking more to China in order to close the deal. The colossal Chinese market is still a too attractive prize for European investors, and Chinese investors keep on having high expectations for the European market. For the European Union, this relationship is indispensable: last year, China overtook the United States as the EU largest trading partner, with imports and exports worth 586 billion euro.

It is true that China did concede more than the EU, and also for that it is difficult to imagine that Brussels will get rid of this deal. But that’s happened also because Europe’s economy was already quite open toward the Chinese, whereas in China the situation was not the same. Thus, the EU could and should use the new situation in order to raise the bar with China. Furthermore, as ever, the problem in the EU is that member States have diverging interests. Germany, in particular, cares a lot about its business and commercial links: for five years in a row, China has been its largest trading partner, ahead of the US.