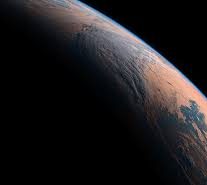 No Comments on EU-Japan space cooperation 88

EU – Japan consolidate their space cooperation with the Strategic Partnership Agreement (SPA). While it is part of the comprehensive Japan-EU free trade agreement, the SPA aims to reinforce the shared interests between the two regions as well as strengthen their overall partnership. It is the first bilateral agreement aiming to reach collaboration at political, regional and global level. Negotiation rounds lasted from 2013 to 2018, and the official sign was at the EU-Japan Summit on 17 July 2018 in Tokyo.  To enter into force, it requires the ratification from the Member States, even though a wide part already applies, provisionally, from 1st of February 2019.  Along with a strong focus on non-proliferation and disarmament, it focuses on cooperation on mutual areas, among which, fight climate change, counter terrorism, migration and foreign policies; space, information and communication technologies, industrial policy, energy, transport, education, research and innovation.

Traditionally, Japan space activities had a scientific scope rather than military. At the end of the 90’s , due to increasing threats represented from launchers of small-medium range from North Korea, nuclear arms development programmes, as well as the Chinese satellite network expansion, all these factors have pushed Japan to use the outer space to guarantee national security by launching reconnaissance satellites. EU and Japan recognise each other as two global powers that share values and act internationally with diplomatic means. However, the evolution of defence R&D in Europe and Japan, make rethink this soft-skill approach. Both have focused on increasing defence technological cooperation security, the EU with the introduction of the European Defence Fund, and Japan with an increase of military security budget from 2014.

Today, the SPA opens to increased cooperation, promoting peace, prosperity and stability between the two regions, by actualising existing collaboration relations, corroborated also by the EU Global Strategy (EUGS) of 2016 that, with regards to Asia is very clear, to “develop a more politically rounded approach to Asia, seeking to make greater practical contributions to Asian security”. Specifically in the field of space, “The Parties shall endeavour to cooperate, […] in the exploration and peaceful uses of outer space, including in the mutual compatibility of their navigation satellite systems, earth observation and monitoring, climate change, space science and technologies, security aspects of space activities and other areas of mutual interest”. In the field of cyber security, the third UE-Japan Cyber Dialogue in 2018 confirms their partnership in favour of an open, free, fair and secure cyberspace that fosters social and economic growth and in which human rights and fundamental freedoms are respected Regarding the energy sector, following the EU Green Gateway Programme, the EU-Japanese green sector development collaboration, started in the 90’s, could take on a strategic role as one of the priorities of the SPA is mainly climate change and energy security.

While the Strategic Partnership Agreement remains a security – related civil framework, bilateral relations with EU member states in the field of security are the spines for Japan’s defence cooperation. Japan in fact has signed bilateral agreement with EU countries from 2017, consolidating with the SPA a solid foundation to foster security and defence related cooperation. It is the case with France and Italy in maritime security area; Sweden and Germany for technology transfers. Moreover, Japan’s interest in entering in entering the EU defence market is double: the EU approach to China and the lift ban on arms by the Japanese government, with consequent enter in the EU defence market. Japanese defence manufactures’ only customer has been the Japanese government, bringing instability in the industry.

Since the lift ban on arms, Japan announced that will create a space military unit in 2020 in relations to the major use of the outer space for defence purposes from other states, – USA, Russia and China. This is in line with the US who will create by 2020 its own space forces, almost together with Japan, and Tokyo see many opportunities for space cooperation with the US. France is following the same line announcing the institution of a military-space command for next September. In fact, 2019-2025 military planification, foresees 3.6 billion euro for space defence development.