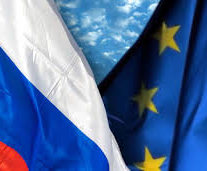 No Comments on EU and Russia dependence 133

Over the past decade, security of energy supply and diversification of supply sources for natural gas have consistently been the highest priorities of EU energy policy. Additionally, the EU has set ambitious targets in the area of climate change and energy conservation.

The EU primary energy supply is projected to decrease throughout the period 2010-2050, yet the share of natural gas stays constant at 24%, the share of renewables increases while the shares of oil and solids are expected to decrease. The decrease in primary energy production will exceed the decrease in supply, mainly because of declining domestic reserves and the low probability of Europe significantly developing its unconventional resources. While the final demand for energy is expected to decrease as well throughout the period 2010-2050, net imports and import dependence for natural gas and oil are expected to increase. The total import bill is more than €1 billion per day.

Despite the increase in worldwide recoverable conventional and unconventional reserves of natural gas (currently estimated at 6,600 tcf), and the ensuing changes in market structure, as well as the increas­ing role played by the LNG trade, this market remains predominantly regional. Therefore, geopolitical considerations are of great importance.

According to IEA (International Energy Agency) projections the EU’s high dependence on oil and gas imports, currently representing respectively 80% and 60% of ‘total primary energy consump­tion’, are expected to further increase to 90% and 80% by 2035. Similar­ly, the EU’s expenditures on fossil fuel imports are expected to rise by 50% by 2030 reaching 600 billion Euro in constant 2010 prices. Furthermore, low oil prices will lead to increased import dependence on natural gas.

The EU relies on only four countries for around 90% of its natural gas and LNG imports: Russia, Norway, Algeria and Qatar. An effort for diversification led to imports from Nigeria and Libya.

The EU’s efforts to improve security of supply of natural gas have focused on the establishment of pipelines that avoid transit through countries that have frequent disputes with Russia, and increased integration of the EU’s internal energy market in order to facili­tate inner EU gas flows, and the diversification of supply sources to reduce its dependency on Russia in particular.

Many countries are also heavily reliant on a single supplier, including some that rely entirely on Russia for their natural gas. This dependence leaves them vulnerable to supply disruptions, whether caused by political or commercial disputes, or infrastructure failure. For instance, a 2009 gas dispute between Russia and transit-country Ukraine left many EU countries with severe shortages. Russia’s reputation as a reliable supplier has increasingly been shattered over the past decade. The EU’s success in its endeavor to diversify natural gas suppliers has been limited and the existing infra­structure that has developed over a period of 50 years is certainly partly to blame. Russia is eager to hold on to its dominant position in the EU as traditionally this allowed for fetching higher prices than other countries such as China or India were willing to pay.

European dependency on Russian supply has a vice versa, though, in as much as the Russian economy is highly dependent on natural gas sales to the EU, its oil and gas sector account for 30% of GDP. Through its political influence on some of its neighbours, and Gaz­prom’s strategic investments in Europe and other regions bordering the EU (such as the Caspian, Middle East and North Africa), Russia aims at maintaining its EU market share. The changes in the global gas market structure, and the emergence of the U.S. as a net gas exporter have reduced global demand pres­sures for LNG and are not conducive to Russian dominance in this market. Furthermore, regulatory pressures highlight the differences in market structure evolution and institutions between Russia and the EU, in the former government intervention and concentration in the energy sec­tor has increased whereas the EU is aiming for a more competitive market within its borders. Price pressures forced Gazprom to revisit its pricing formula with the EU and the trend is moving away from contracts based solely on oil-indexed prices to including a larger spot market component. As a conse­quence, Russia has also started to diversify its export markets. Maturing fields in Western Russia led to planned developments of the fields in its East and this will make exporting to countries like China, Japan and South Korea more attractive. The ‘Power of Siberia’ pipeline, which is financed by Russia and China will deliver 38 bcm of natural gas a year to China starting in 2019.

The recent war in the Ukraine has highlighted again the EU’s strong dependency on Russian gas and its vulnerability to supply interruptions. In 2013 the EU imported 162.7 bcm of natural gas from Russia, of which 85 bcm transited through the Ukraine; this transit amount corresponds to 15% of EU total gas demand. This example shows Russia’s use of market power to interfere in European foreign policy. Previous disputes with the Ukraine and Belarus, mainly because of large unpaid gas bills to Russia, led to supply interruptions for several EU countries in 2006 & 2009.

Spring is yet to come and Europe has to secure its gas supply for heating… This situation will weigh heavy on geopolitical balance.