Home / Energy / Every cloud has a silver lining 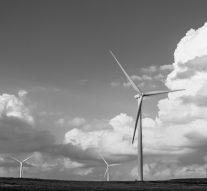 No Comments on Every cloud has a silver lining 77

In a matter of months, the world has been transformed. Thousands of people have already died, and hundreds of thousands more have fallen ill, from a coronavirus that was previously unknown before appearing in the city of Wuhan in December 2019. For millions of others who have not caught the disease, the entire way of life has changed by it.

The streets of Wuhan, China, are deserted after authorities implemented a strict lock down. In Italy, the most extensive travel restrictions are in place since World War Two. In London, the normally bustling pubs, bars and theaters have been closed and people have been told to stay in their homes. Worldwide, flights are being cancelled or turning around in mid-air, as the aviation industry buckles. Those who are able to do so are holed up at home, practicing social distancing and working remotely.

It is all aimed at controlling the spread of Covid-19, and hopefully reducing the death toll. But all this change has also led to some unexpected consequences. As industries, transport networks and businesses have closed down, it has brought a sudden drop in carbon emissions. Compared with this time last year, levels of pollution in New York have reduced by nearly 50% because of measures to contain the virus.

In China, emissions fell 25% at the start of the year as people were instructed to stay at home, factories shuttered and coal use fell by 40% at China’s six largest power plants since the last quarter of 2019. The proportion of days with “good quality air” was up 11.4% compared with the same time last year in 337 cities across China, according to its Ministry of Ecology and Environment. In Europe, satellite images show nitrogen dioxide (NO2) emissions fading away over northern Italy. A similar story is playing out in Spain and the UK.

For one thing, it’s far from certain how lasting this dip in emissions will be. When the pandemic eventually subsides, will carbon and pollutant emissions “bounce back” so much that it will be as if this clear-skied interlude never happened? Or could the changes we see today have a more persistent effect?

We don’t know, yet. For sure, only an immediate and existential threat like Covid-19 could have led to such a profound change so fast; at the time of writing, global deaths from the virus had passed 50,000, with more than 500,000 cases confirmed worldwide. As well as the toll of early deaths, the pandemic has brought widespread job losses and threatened the livelihoods of millions as businesses struggle to cope with the restrictions being put in place to control the virus. Economic activity has stalled and stock markets have tumbled alongside the falling carbon emissions. It’s the precisely opposite of the drive towards a decarbonised, sustainable economy that many have been advocating for decades.

Concentrations of nitrogen oxides have gone down by as much as one half in some industrial centers since the onset of the pandemic. Air pollution is plummeting as governments are shutting down traffic and manufacturing to slow the spread of Covid-19 and people stay at home.

Satellite data compiled by the European Space Agency, NASA – the National Aeronautics and Space Administration of the United States and other institutions have shown a dramatic improvement in air quality from the same time one year ago and in the past weeks. Air pollution levels have plummeted in most of the developed world as authorities imposed curfews and restricted movement in the wake of the Covid-19 outbreak.

As only a few countries in Europe, like Sweden and the Netherlands, didn’t grind to a complete halt (yet), skies have cleared across the continent. Most of the harmful particles come from fuel combustion and industrial processes, so the air has become much cleaner above big cities and regions laden with factories and thermal power plants.

Economic halt so far results in cleaner air. Definitely, a global pandemic that is claiming people’s lives certainly shouldn’t be seen as a way of bringing about environmental change either. While waiting for the economic recovery, though, we should take this opportunity to thinking about a new way of living and producing, maybe reducing useless commuting, using green energy and promoting new sustainable economic processes. It’s not easy but at least we should try.