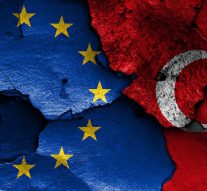 No Comments on Is the failed coup enough to affect EU-Turkey relations ? 216

Both EU and Turkey know that the deterioration of their relationships could have a severe impact on their economy and security.

The deterioration of the relations between the European Union and Turkey could have negative effects not just for Ankara but also for both Brussels and the EU member states.

The EU knows that. The economic links, the response to the Islamic State (IS) threat and the response to the flow of migrants and refugees from Syria are currently at the core of the relationship with Turkey and show the high level of interdependence between the two parties.

The EU cannot live without this big country at its doorstep that is, geopolitically speaking, a bridge between the heart of Europe, Greece, and the East.

Also Turkey knows that – maybe even better. Soon after the failed coup in July, Ankara has already stressed its strong role in coping with immigration and threatened to retire from the agreement reached last March with the EU, which would potentially allow hundreds of thousands of asylum-seekers to enter Europe.

The Turkish foreign minister, Mevlut Cavusoglu warned several times during the summer that: “If there is no visa liberalisation, we will be forced to distance ourselves from the migrant readmission agreement“.

From the EU side, Sebastian Kurz, Austria’s foreign minister, said he would veto any attempt to open a new chapter of the accession talks with Turkey, effectively blocking the country’s path to possible membership. “The criteria for visa liberalisation will not be fulfilled by Turkey. And the requirements for accession talks have not been met,” Kurz said.

Austria’s stance seems to be backed by Germany, a crucial actor in the EU – particularly as regard to the relations with Turkey. Germany Foreign minister, Frank-Walter Steinmeier said there were conditions to the visa waiver, including a reform of the country’s anti-terror laws. But this position seems not to be a clear EU common stance.

The EU-Turkey relations: a matter of security and economics

Security, of course, is crucial at this moment, but it is just one side of the issue because of the deep economic relation between EU and Turkey.

Just as an example, there are more than 1.200 Italian companies working on Turkish soil; companies like Fiat-Tofas, Pirelli, UniCredit, Intesa SanPaolo, Ferrero, Mapei,  Astaldi (which is involved in the construction of the third Bosphorus Bridge, in Istanbul), Eni, Azimut and Ansaldo Energia.

Also Germany has strong economic ties with Turkey, embodied by the energy group EWE, which employs around 700 people, and Siemens, which  employs around 3,000 in Turkey. Germany is the biggest foreign investor in the country, with investments totalling more than 12 billion Euros ($13.3 billion) since 1980, according to the German foreign ministry.

Also from this point of view, visa requirements and the EU-Turkey relationship are a crucial issue for the connection between working communities and it would be a crucial  step toward a real integration of Turkey in the EU, even as for enhancing young people study exchange projects such as Erasmus.

But, of course, security risks are concrete. The failed coup and the security deterioration risk affecting those multinational firms operating in Turkey, including delaying investment decisions.

Thus, it is undisputable that Ankara has a lot of work to do as the actual security situation in the country highlights.

In any case, the Turkish president, Recep Tayyip Erdogan seems to move Ankara more and more eastwards. On 9 of August, he travelled to Russia to renew the relations with his ‘friend’, President Vladimir Putin.

This unfortunately seems to highlight once again the limits of the EU common foreign policy. Also relationships with Russia are crucial for the EU economic and geopolitical perspective, and Brussels knows that.

The actual scenario stresses once more the need for EU to make a painful choice between idealism and realism in foreign policy.