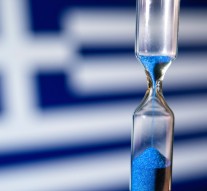 No Comments on The final countdown 42

It is a crucial moment in the Greek debt-crisis drama. The five-year eurozone bailout that had been keeping the Greek economy afloat expired on 30 June. And, on the same day, Greece became the first developed economy to miss an IMF payment.

Without the current bail-out programme, Athens is one step away from a next default.

With multiple deadlines to respect, the Greek Prime Minister, Tzipras, has become trapped between his promises to end austerity and bring growth to Greece and the refusal of Greece’s creditors to bend to his wishes. Thus he seemed to be seeking a way out, when he announced to put Europe’s latest offer to a referendum vote and decided to mount a “no” campaign to reject the agreement.

Nevertheless, desperately in need of a lifeline, on Wednesday, Tsipras officially asked for a last minute deal on a “revised” third rescue package, which would cover Greece’s financing needs for the next two years and include new debt restructuring. However, European institutions, complaining the unilateral decision of the Greek authorities to “abandon the process”, agreed to break off bailout talks and wait for the result of Greece’s controversial referendum.

Regardless of the Greek’s Government intentions, which apparently does not mean to break with Europe but to return to the Europe of values, the possible rejection of the proposal will be perceived as a popular demand to leave the common currency. And probably, as the President of the EC Juncker said, the Sunday’s referendum would prove “fundamental” to Greece’s position in the Eurozone.

In this context, the European authorities warned Greeks to ignore their government and vote yes, or they will be forced out of the Eurozone, with dire consequences.

Indeed, European Central Bank will not turn Emergency Liquidity Assistance back on life-saving lending to banks, unless Greeks give an affirmative vote to a bailout proposal from the rest of the Eurozone and the IMF. And, of course, without the European Central Bank support, the country’s payment system would shut down and its banks would not be able to operate.

But what will really happen if Greece votes OXI/NO on Sunday?

There exist different scenarios. Some commentators believe that a no vote could probably fulfil Greek’s government wishes, giving it a strong negotiating tool to boost its bargaining position with creditors. But even a no vote, which would offer the best chance for Greece, would need to be followed by more radical measures if the government was going to strengthen its negotiating hand.

Otherwise, in the worst case, the OXI/NO vote could prepare the ground for euro exit. Actually there is no precedent for a country to leave the euro and, with no provision in European treaties, no one knows how it might happen both to the leaving country and the Eurozone as a whole.

Anyway, it is understandable that leaving the monetary union would have a relevant negative impact on Greek economy. As the IMF predicted in 2012, the reintroduction of the drachma would entail the forcible conversion of all domestic assets and liabilities to the new currency, which would immediately plunge against the euro, gutting bank deposits and other savings. As the drachma fell, pushing up import prices, inflation would surge, while the toll on GDP would decline. At the same time, Greece would also struggle to regain trust in Eurozone governments and private investors to be able to grow again.

But, Grexit would still be troubling for the rest of the euro area too.

Economically, vulnerabilities and risks for the Euro-zone governments exist. Nevertheless, worries about a domino effect, whereby panic in the bond markets pushed one country after another into default, are tempered by the quantitative easing programme, announced by the EBC in January, which involves buying a lots of Eurozone debt.

Politically, a Grexit could have relevant a long term consequences on the European Union construction, reversing the treaty integration process and giving rise to anti-european parties across Europe. Indeed, the departure of one Member State is a signpost for other to follow in times of distress.

Regardless of these prospects, analysts believe that the most likely scenario could be a Yes vote, which could put the current government in a corner and could lead to a possible acceptance of creditor’s proposals. In this case, it is also possible that a new agreement could be reached before July 20th, when Greece is scheduled to repay the ECB €3.5 billion.

But, at the end of the day, the Greek crisis has revealed another real question: what kind of Europe we want to construct. Forced austerity policy on Greece has been detrimental and probably it is the biggest factor leading to more debt and poverty in the country.

Now Europe is at a turning point, maybe one of the most relevant of its long history; dealing wisely with this challenge is the only way to preserve the integration process and the European unity, which is one our strengths.