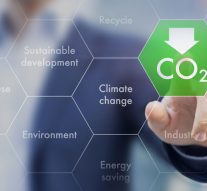 No Comments on The Green Deal for Europe 162

Ursula von der Leyen has made climate change a top priority of the European Commission she presented on the 11th of December. The European Green Deal – a roadmap for making the EU’s economy sustainable by turning climate and environmental challenges into opportunities across all policy areas and making the transition just and inclusive for all.

The European Green Deal provides a roadmap with actions to boost the efficient use of resources by moving to a clean, circular economy and stop climate change, revert biodiversity loss and cut pollution. It outlines investments needed and financing tools available, and explains how to ensure a just and inclusive transition.

The European Green Deal covers all sectors of the economy, notably transport, energy, agriculture, buildings, and industries such as steel, cement, ICT, textiles and chemicals.

To set into legislation the political ambition of being the world’s first climate neutral continent by 2050, the Commission will present within 100 days the first ‘European Climate Law’. To reach our climate and environmental ambition, the Commission will also present the Biodiversity Strategy for 2030, the new Industrial Strategy and Circular Economy Action Plan, the Farm to Fork Strategy for sustainable food and proposals for pollution-free Europe. Work will immediately start for upping Europe’s 2030 emissions targets, setting a realistic path to the 2050 goal.

Meeting the objectives of the European Green Deal will require significant investments. Achieving the current 2030 climate and energy targets is estimated to require €260 billion of additional annual investment, representing about 1.5% of 2018 GDP. This investment will need the mobilisation of the public and private sectors. The Commission will present in early 2020 a Sustainable Europe Investment Plan to help meet investment needs. At least 25% of the EU’s long-term budget should be dedicated to climate action, and the European Investment Bank, Europe’s climate bank, will provide further support. For the private sector to contribute to financing the green transition, the Commission will present a Green Financing Strategy in 2020.

Fighting climate change and environmental degradation is a common endeavour but not all regions and Member States start from the same point. A Just Transition Mechanism will support those regions that rely heavily on very carbon intensive activities. It will support the citizens most vulnerable to the transition, providing access to reskilling programmes and employment opportunities in new economic sectors.

The deal’s four pillars would be carbon pricing, sustainable investment, industrial policy and a just transition.

First: a meaningful carbon price should be established for all sectors, by strengthening the EU emissions trading system (ETS) and by pushing EU countries to increase the price for emissions not covered by the ETS. To ensure a robust mechanism against carbon leakage, a carbon border tax should be prepared. However, such a measure will be extremely politically challenging, and the EU’s future climate policy should not rely on its successful implementation. Other instruments should therefore be put in place first, including subsidies for low-carbon exports and stricter environmental standards importers would have to comply with to access the EU market.

Second: the carbon price should be complemented by a sustainable investment strategy that pushes companies to switch technologies and promotes behavioural change among citizens, offsetting any rising costs they face because of higher carbon prices. Green investment should be promoted by shifting current EU funds towards this purpose while enabling EU countries to support green investment, and by incentivising private investment through regulatory measures and through support for European promotional banks.

Third: European industry should be strengthened through support for disruptive green innovation; by creating the conditions for innovative, green, European companies to flourish (for example through new product standards and via carbon-based contracts for difference to ensure competition between companies for the most efficient technologies); and through measures to export the European Green Deal on the back of a reform of EU neighbourhood and development policy.

Fourth: the adverse social consequences of climate policies should be considered and minimised in each European climate policy proposal. Unavoidable impacts should be addressed by targeted compensation measures. The scope of the European Globalisation Adjustment Fund can be broadened, and the mechanism adjusted to aid the transition in coal-mining regions.

The global challenges of climate change and environmental degradation require a global response. The EU will continue to promote its environmental goals and standards in the UN’s Biodiversity and Climate Conventions and reinforce its green diplomacy. The G7, G20, international conventions, and bilateral relationships will be used to persuade others to step up their efforts. The EU will also use trade policy to ensure sustainability and it will build partnerships with its neighbours in the Balkans and Africa to help them with their own transitions.

So far, a great many of good intentions. In March 2020, the Commission will launch a ‘Climate Pact’ to give citizens a voice and role in designing new actions, sharing information, launching grassroots activities and show-casing solutions that others can follow. The Commission will also invite the European Parliament and the European Council to endorse the Commission’s ambition for Europe’s future economy and the environment and to help realise it. The three EU institutions together will strive to leave a positive imprint to the environment.