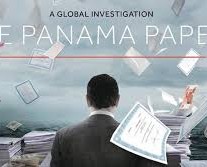 As announced by the International Consortium of Investigative Journalism (ICIJ), the release of the full list of companies and people involved in the Panama Papers investigation will be today, 9 May 2016.

This is expected to be the largest-ever release of information about secret offshore companies and the people behind them, based on data from the Panama Papers investigation.

The names of those offshore entities related to Mossack Fonseca – with links to more than 200 countries -and the people connected to them, such as beneficiaries, shareholders or directors will be added to the Offshore Leaks database. Published in 2013, it already contains more than 100,000 paper companies that ICIJ obtained in a previous leak.

The searchable database will provide information on more than 200,000 companies, trusts, foundations and funds incorporated in 21 tax havens, from Hong Kong to Nevada in the United States.

The worldwide echo of the Panama Papers Investigation

So far, the Panama Papers had a worldwide echo and triggered official inquiries in multiple countries.

Some of these investigations have led to high profile resignations, including the Prime Minister of Iceland, Sigmundur Davíð Gunnlaugsson. More than 20,000 demonstrators gathered to call for his resignation after the Panama Papers revelead his wife, Anna Sigurlaug Pálsdóttir owns an offshore investment company, holding nearly $4 million in bonds in Iceland’s failed banks.

For more information, read “PM of Iceland’s Steps aside due to Panama Papers.”

The Investigation led by the ICIJ also put pressure on world leaders and other politicians, such as Britain’s Prime Minister David Cameron, who admitted that he and his wife owned shares in an offshore trust. Even though offshore trusts are not illegal under UK law, the revelation was a source of embarrassment to the PM, since he had previously described complex tax avoidance schemes as “morally wrong.”

Last but not least, lawmakers and regulators got a new sense of urgency and proposed measures to close loopholes as well as, to make information about the owners of shell companies public. Amid criticism by various NGOs, the European Commission has launched a new proposal to ensure that large groups publish an annual report on the profit and the tax accrued and paid in each Member State on a country-by-country basis.

This release is just a new step in the investigation, led by ICIJ with other more 100 media partners for over a year. In the weeks and months to come, ICIJ and its partners will continue to investigate about the secret financial dealings of the world’s fourth-largest offshore firm, Mossack Fonseca, and publish more stories involving hundreds of rich and powerful personalities worldwide.