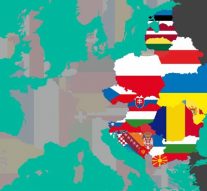 No Comments on Intermarium: a fresh start for an old, vital security project in Eastern Europe? 1607

Even if they are in the EU, Poland and Baltic States feel unsecure in front of Russian aggressive foreign policy. Could Intermarium, an old project, provide a fresh start for the region?

Short history of an idea

The idea of a federation of countries in Central-Eastern Europe – Intermarium – was firstly presented by Jozef Pilsudski after the Word War I. The project was supposed to include countries between Adriatic, Baltic and Black Seas. For Pilsudski the proposed federation was to apply to multiculturalism of the Polish–Lithuanian Commonwealth and protect countries of Central-Eastern Europe from both Russian and German domination.

At that time, Lithuanians saw the idea as a threat to their newly experienced independency, in turn Ukrainians considered Intermarium to be against their sovereign aspirations. On the other hand, Russia and most Western countries, except France, were strongly against the idea. Later, many of the potential participants revived the discussions of the integration project all in different years and interpretations.

In the XXI century the world looks different and integration is not seen as a threat even by the most nationalistic movements. After the two World Wars, European states united by sacrificing part of their national sovereignty for a peaceful future of the continent. The EU’s and NATO’s integrations gave security assurances to most European countries, but left behind a few former Soviet republics in Eastern Europe, which still have close ties with Russia. Ukraine, Belarus, Moldova, Georgia and a few others stayed at the crossroad between the EU, NATO and Russian-lead integration projects. Russia attacks economically or military those states who showed their European and/or NATO aspirations. Georgia and Ukraine experienced Russian military interventions; other states of the region feel Russia’s economic and political pressure. As an alternative to the EU’s membership, an Eastern Partnership was formed by Armenia, Azerbaijan, Belarus, Georgia, Moldova and Ukraine, but this cooperation does not guarantee any security protection to its members.

Even if they are members of the EU and NATO, Baltic States and Poland feel unsecure because of Russian aggressive foreign policy. The Baltic States realised that they will not get European political-military support in cause of this serious threat from the East. Therefore, closer integration with the countries that have armies powerful enough to repel a potential aggression, such as Ukraine and Poland, is their only perspective. The newly elected Polish President, Andrzej Duda resurrected the idea of Intermarium in 2015. Poland is often seen by its Eastern neighbours as an example of successful economic reforms and it has played a crucial role in pushing the EU for a bigger response to the crisis in Ukraine.

Ukraine, which is fighting Russian militants on its territory and is seeking for closer connections with the rest of Europe, saw Duda’s proposal as its own chance. In the current situation, Intermarium could serve as a vital alternative for their security. The perspective of a NATO membership for former Soviet republics in Eastern Europe is highly objected by Russia and therefore it is hardly possible also in the nearest future. Being in a union with NATO members could mean security guarantees for them as well. An attack against one of the allies of Intermarium would entail a declaration of war to the whole alliance, including the countries belonging to NATO. As a result, NATO would also have to react. This would make Russia to be more cautious in its actions, fearing of on open warfare. ()

Intermarium has a chance to become beneficial for all of its participants. A Polish-Ukrainian political and economic union, along with a military alliance, could bring them being in line with those countries such as Germany, France and Britain, ahead of Russia. By combining Polish population (around 40 million) and Ukrainian one (over 44 million), with heavy industries, pooled agricultural potential, extensive logistics network and closed industrial production chain to compete with European goods within the common market, the cooperation would prosper. It would also be possible for “Intermarium” to become the end point of the modern “Silk Road”. Due to the geostrategic position, the Ukrainian-Polish Alliance would have a considerable political weight.

The military importance of the Union would be significant. It would receive trained in battles with a strong rival Ukrainian 250 000 army and 140 000 Polish one with the total military budget of about 16 billion dollars plus heavy weapons. With the possibility of placing the ABM in territory of the States, this region could turn into a secure and reliable area. After the military unification and introduction of modern technologies, the United Ukrainian-Polish forces would be able to play a role for NATO as France and Britain. The army of the Union would be the strongest in Europe.

Is Intermarium a real possibility nowadays?

To put it realistically, at the moment it would be difficult for the Baltic States and Poland to deal with all the issues of non-EU members of the proposed Alliance. Economic difficulties, poor security, strong dependency on Russia may be very difficult to overcome.

Ukraine itself, with its energy problems, huge external debt and the ongoing war in Donbas, could become a too heavy burden.

The difficult historical memories of the prospective members are another obstacle for the creation of the Alliance. Every country in the region supposes its neighbours to accept its historical leading role.

In reality no Pole would ever agree to be part of a Ukraine-lead Intermarium, and no Ukrainian would tolerate a Polish-dominated one. For the other nations, the situation looks quite similar.

The real possibility of creating Intermarium will appear, when the idea will gain support of wider social groups and will become one of the political trends within all potential members. Then, such a union could help the Eastern European countries with their integration into the EU. On the other hand, it could promote transformation of the Eastern Partnership into a new integration project.

If the goal of Intermarium is to become a deterrent for Russia; a unification of military forces, a creation of joint military units and a synchronisation of military doctrines of the members are necessary. A joint Lithuanian-Polish-Ukrainian military brigade can be already established, which is one of the steps for creating this Bloc.

To conclude, the idea of creating Intermarium could become a vital integration alternative for Eastern Europe at the times of crisis of those organisations such as the OSCE, the EU and NATO. After Brexit, the Intermarium project was also seen as one of the forecast options for the future of the European Union.