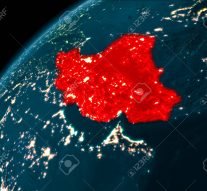 No Comments on Iran’s space program: a difficult time 63

The European Union is very clear about its space policy strategy with Iran. The opinion suggestions about the 2017 space strategy for the European Union, alerts against scientific investigations conducted in countries as Russia, North Korea and Iran, in the field of offensive spatial weapons and potential risks for the infrastructures and vital communications as well as for the existing and future spatial systems.

Iran is one of the 24 founding members of the United Nations Committee on the Peaceful Uses of Outer Space, which was set up in 1958. Iran’s involvement in space activities dates to the ‘70s, however it is only in 2002 that former Iran’s President, Khatami, ordered the Science and Communication Ministers to establish a national space program, focussing on the design and the development of satellites with the Russia cooperation. In 2010, the Iranian Space Agency was formally created under the supervision of then-president Mahmoud Ahmadinejad, who brought the national space consul and several small research institutes under the direct supervision of presidential office, this time mainly focusing on space launchers. The new Iranian space program highly benefitted from the investments of the government.

As for other countries, Iran’s scientific space cooperation objective was to boost the population’s spirit but ended up being too expensive for propaganda purposes only. After 6 years, the Iran space program shut down, to resume early this year with three launch failures and restrictive measures from the US on the Iranian space program. In 2009, Iran successfully placed into orbit its first satellite on an indigenous satellite launch vehicle, or SLV, making it the ninth country in the world to do so. The launch marked the first step towards an ambitious space program that aimed to put into orbit larger satellites of greater civilian and military use.  Among other achievements, Iran, domestically designed Nahid-1 (Venus) telecommunication and the Amir Kabir-1 (also known as AUTSAT-1), for post-disaster surveillance and agricultural applications.

Even though the Iranian space program is condemned by the USA and European Union due to its military potential use, the European Union and Iran refers to the PACG for bilateral cooperation, the non-proliferation nuclear treaty. The EU welcomes its effective implementation by Iran, lamenting the new restrictions from USA, following USA withdrawal from the JCPoA (the Joint Comprehensive Plan of Action). However, the EU highlights its sustain to the development between the two regions in common sectors, as illustrated in the joint declaration AR/VP and Irani foreign minister in April 2016, in strategic fields as economic cooperation, education, nuclear civilian cooperation, science, research and development. And, of course, INSTEX.

US’s restrictive measures imposed from 2018, really tighten the Iranian economy; oil export fell down and Iranian president Hassan Rouhani recognised the gravity of the consequences of the US sanctions. The FMI predicts that the Iran’s economy will contract of 9,5% this year due to worsening macroeconomic conditions in the past two years. Inflation is foreseen to be 35,7% after the 47,5% in 2018.

These sanctions are part of the US’s campaign to prevent Iran from developing nuclear weapons. The years-long campaign had an “unexpected” turn as they also imposed the first restrictions on Iran’s space agency and research institutes, according to the State Department, as the US Government fears the use of space technology – satellites into orbit – to advance Tehran ballistic missile program.

Irans’s concern right now should be to show the future of Iran’s space program: both through the successful development of the two rockets, the Simorgh and the refinement of the Safir,  suggesting more work to do; investing in an extensive testing program for a reliable SLV, mitigating the testing of the rocket, to prevent unwelcome diplomatic attention and give a good impression at political level, for the European Union and the US.