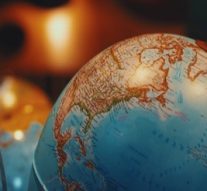 No Comments on Main vectors of migration crises in Iraq, Lebanon, Turkey, and Jordan 26

There are several additional initiatives that deal with refugees methodically, such as the Regional Refugee & Resilience Plan – 3RP, which tracks migrants’ tendencies and vectors of critical problems that need to be addressed by authorities. This article presents their in-depth analyses concerning future developments for migrant routes and refugee crises across the globe. The 3RP is a platform for humanitarian and development partners to respond to the Syria crisis through strategic planning, coordination, advocacy, fundraising, and programming. Turkey, Lebanon, Jordan, Iraq, and Egypt are covered by a single regional plan with five separate country chapters.

3RP partners will work to achieve four regional strategic directions for the benefit of refugees and host communities in support of host countries in the region. 3RP partners will strive to foster resilience for all via all of their actions, guided by the premise that “no one is left behind.” The Resilience Approach is still at the heart of regional and host-country responses to the Syrian crisis. Individuals, households, communities, and institutions’ resilience is described as their ability to predict, withstand, recover from, and transform shocks and crises, whether natural or man-made. To establish these capacities, the Resilience Approach calls on all players on the ground to think and operate together in a synergetic manner.

For vulnerable populations, the poverty impact of COVID-19, as well as the accompanying confinement measures and economic crunches, has been extremely harsh. COVID-19’s negative consequences are carried disproportionately by people who were already underprivileged and vulnerable prior to the epidemic. Before the epidemic, Iraq, Jordan, and Lebanon were already dealing with severe to harsh circumstances, exacerbating the impact on the population’s socio-economic position. Prior to COVID-19, all three countries were already in precarious situations, ranging from economic stagnation and high public debt in Jordan to a collapse in public revenues in Iraq as a result of international oil price shocks, to a complete political and economic crisis in Lebanon, which was exacerbated by the Beirut port explosion. Syrian refugees, the majority of whom have been displaced for up to nine years, are particularly vulnerable within these nations due to their pre-crisis precarious status.

These three countries’ host communities, which have welcomed and accommodated such enormous numbers of refugees, have also been severely impacted. By March 2020, all three countries had seen their first cases of COVID-19 and had implemented rigorous containment strategies ranging from partial movement restrictions to school and store closures, as well as full curfews. While these measures were mostly successful in restricting the pandemic’s spread, they also resulted in a drop in economic activity in most sectors, especially in the informal economy. The COVID-19 problem in Lebanon is exacerbated by an economic and political catastrophe, with inflation3 over 100% year-on-year, owing largely to import dependency and currency depreciation. Food prices have risen even faster: the Lebanon Food Price Index surged by nearly 400 percent between October 2019 and November 2020, a record high.