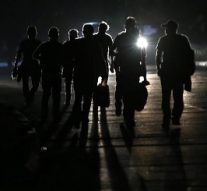 No Comments on Misinformation and narrative on migrants 17

In everyday speech and discourse, we have the opportunity to often hear numerous rumors and untruths about migrants. Such untruths are often intensified in times of crisis or armed conflict, which we are witnessing today. For almost 140 days, the Russian Federation has been invading Ukraine. This analysis presents some of the most notable examples of how misinformation and/or fake news are shaping the public narrative on migrants and migration, nonetheless their origin.

Terre des Hommes Foundation enlists some of the most common fake news on migrants that are repeatedly being placed to the public. If immigrants are shut out of the areas where they reside, they encounter challenging circumstances that may result in criminal activity. Migration, on the other hand, is not a cause, and crime is not a result. Instead, the issue is how to heal, integrate, and recuperate in the communities where those who had to flee their homes because of traumatic events or even war can do so. The best approaches to combat crime are integration, education, and the elimination of injustice and inequality. We must fight against radicalization to violent extremism among immigrants, refugees, and their descendants because it is a sign of social exclusion brought on by unequal power dynamics on the economic, political, social, and cultural levels.

Although some Europeans might believe that all migrants wish to cross the Mediterranean, the number of applications for asylum has been falling since the beginning of 2016. Even though African nations accounted for the majority of immigrants to Spain and Italy in 2018, around 90% of African migrants never leave their continent. Young people in particular choose to immigrate, usually to escape poverty and to find work. The UNHCR estimates that 85% of persons who have been forcefully relocated worldwide remain in developing nations in their region.

People move for a variety of reasons, including to avoid persecution and violence, natural catastrophes, or extreme poverty. Some claim that it is inappropriate to spend in the protection of persons who are in motion for economic reasons. But regardless of their motivation, migrants run the risk of being vulnerable while traveling, especially young people and children. They might experience sexual assault, incarceration, child labor, or enlistment in the military. They also run the risk of dying due to their precarious living situations. Economic migrants continue to leave their nations despite being aware of the hazards because they don’t believe they will have a brighter future there.

The reasons for fake news on migrants could potentially be a concept of a model panic. In “a circumstance in which public anxieties and governmental actions considerably surpass the objective harm posed to society by a particular individual or group,” this phenomenon is defined as occurring. Stanley Cohen, a criminologist from South Africa, invented and popularized the idea after using it to explain how people reacted to teenage disturbances in Brighton in the 1960s. Cohen showed how these responses impacted the formulation and application of legal and social policy as well as societal perceptions of the danger posed by gangs of young people. Many societal issues, including as gangs, schoolyard violence, child abuse, and the mistreatment of immigrants and refugees, have been explained in terms of moral panic.

It seems that major problems concerning the migrants and fake news in the public discourse is how the moral panic or simply said – overreaction and exaggeration is performing in the political life, and actually influencing the key political decisions of which the lives of immigrants are of utmost importance.