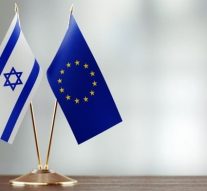 No Comments on Too much politics? EU – Israel economic cooperation 49

Israel has often been recognized as a middle range power in the international relations. One of the rare Western allies within the Middle East region is cooperating in trade and financial issues following the political cooperation. There are numerous aspects of potential economic cooperation that could be intensified. What are the key economic cooperation characteristics between the EU and Israel? Who plays the vital role in these relations and what is the future of trade among the partners?

The European Neighbourhood Instrument (ENI) is one of the main EU financing instruments for cooperation with Israel. All programs comply with the requirements set in the ‘Guidelines on the eligibility of Israeli entities and their activities in the territories occupied by Israel since June 1967’ published in the Official Journal of the European Union on 19 July 2013. Besides, many other mechanisms are established to foster cooperation between the EU and Israel. One of them is the European Instrument for Democracy and Human Rights (EIDHR) which operates as a thematic funding instrument for EU external action aiming to support projects in the area of human rights, fundamental freedoms and democracy in non-EU countries. This instrument is designed to support civil society to become an effective force for political reform and defence of human rights. According to the European Commission, this Instrument has five main objectives: to support human rights and human rights defenders in situations where they are most at risk; to support other priorities of the Union in the field of human rights; to foster democracy; to strengthen the existing EU Election Observation Missions (EOMs), and the last one is to support the targeted key actors and processes, including international and regional human rights instruments and mechanisms.

In 2000, the two sides signed the EU-Israel Association Agreement which set the legal basis for economic cooperation between the EU and the Middle East country. Association Agreement enacts that cooperation between the two sides shall focus principally on sectors relevant to the rapprochement of the economies of the Community and Israel or producing growth or employment. The main sectors of cooperation are, therefore, regional cooperation, industrial cooperation, customs, agriculture, environment, mutual standards, financial services, energy, tourism, approximation of laws, drugs and money loundering prevention, transport, and information infrastructures & telecommunications.

Israel is among the rare countries that have Free Trade Agreement with the EFTA (European Free Trade Area), which beside the EU Member States, includes Switzerland, Iceland, Lichtenstein, and Norway. The Agreement was enacted in 1992, entered into force in 1993, and covers the following main subjects: trade in goods, rules of origin, protection of intellectual property (ipr), government procurement, competition, institutional provisions, and dispute settlement.

Despite numerous political disagreements occurring nowadays, Europe remains Israel’s largest and most important market, both export & import. This dominance is particularly reflected in the Israeli food market, in Israel’s import of vehicles, in the pharmaceuticals market, and in technological and scientific cooperation. The immigration crisis and the terrorist threats in Europe have spurred a significant increase in defence exports from Israel to Europe, and in 2016 Europe became the second largest export destination for the Israeli arms industry, after Asia. The rift between Europe and the US may play into Israel’s hands in this context, particularly in the realm of military exports to Western Europe. What will be the future of economic cooperation between the two sides, remains to be seen, yet for now, key strategic recommendation goes in direction of amending the 2000 Association Agreement with the new one, as the context in which cooperation was initially agreed upon, has significantly changed over the last two decades. One thing is more than clear: too much politics could potentially endanger the economic ties among the traditional trading partners.