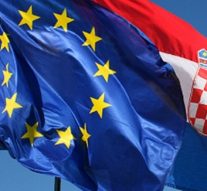 No Comments on New commissioners from Eastern Europe 97

Former Minister of Justice of Hungary, László Trócsányi has been nominated by Ursula von der Leyen as new Eu Commissioner for Neighbourhood and Enlargement, replacing exiting Austrian Johannes Hahn. Hungary as a member country has full right to nominate a commissioner, although it has registered a constant worsening in its relationship with the European Union in the past few years; thus it is not a surprise that this choice has raised many doubts and controversy. Furthermore, 63 years old Trocsanyi, has been criticized also for undermining the justice system during the rule of Hungarian premier Victor Orban, under whom he served as Minister of Justice and a member of the Constitutional Court. Experts on the Western Balkans voiced their concerns after the new European Commission president announced Trocsanyi as her proposed Commissioner for Neighbourhood and Enlargement Policy. On the other hand, it should be considered that the portfolio devoted to enlargement is of great interest to Hungary: enlargement and neighbourhood policy is one of the country’s priorities, particularly with regards to the Balkans. And Budapest also wants Romania, Bulgaria and Croatia to join the Schengen area, confirming that relationship with the rest of Eastern Europe are high on the top of the agenda of the country. But the real Hungary’s intentions to accelerate the EU enlargement should be tested on the ground.
In a mission letter addressed to Trócsányi, the new EU Commission President von der Leyen said he should work as commissioner to speed up reforms in the Western Balkans. “It is imperative that we sustain and accelerate progress in the next five years, through a merit-based assessment of each candidate country, keeping a credible perspective on future accession,” wrote von der Leyen. The European Commission will stand by proposals to open enlargement negotiations with North Macedonia and Albania, she added. Von der Leyen also asserted that Trócsányi should strengthen relations with the six countries in the Eastern Partnership – representing the EU’s relationship with the post-Soviet states of Armenia, Azerbaijan, Belarus, Georgia, Moldova, and Ukraine – and put forward a new set of long-term policy objectives by mid-2020, as well as accelerating implementation of the Association Agreements and free trade areas with Ukraine, Georgia and Moldova. “I want you to explore how we can better promote good governance, protect our common environment, aim for a comprehensive partnership on effective migration management, and support economic growth and employment across the region as a whole,” she wrote to Trócsányi. “Once there is more clarity, we should be ready to pave the way for an ambitious and strategic partnership with the United Kingdom,” concluded von der Leyen. Despite criticism it should be seen the real intention of the new Hungarian commissioner.  All candidates for the Commissioners will have to go through a hearing process in front of the relevant committees of the European Parliament, and the EP will vote for the Commission as a whole before 1 November, when its mandate officially begins. Trocsanyi wll be heard at the EU Parliament on the first of October and there he will explain is plan of actions and also how much he will push for enlargement of the EU to the Western Balkans.
Before the nomination of Trócsányi there were many rumors that the new Eu commissioner for Enlargement would be coming from a Balkan country, namely slovenian Janez Lenarcic or croatian Dubravka Suica. Croatia’s candidate Suica instead received a nomination for “Democracy and Demography” portfolio. Despite the fact that Croatia will have the presidency of the Eu Council for the first time at the beginning of 2020, on the other hand a Croatian candidate could have been more controversial for the enlargement process. Since Croatia’s accession to the European Union in 2013, Suica has been a member of the European Parliament, where she belongs to European People’s Party group, of which HDZ is a member. Since 2014, Suica has been a member of the European Parliament’s Committee on Foreign Affairs (Afet). Although she supports the accession of Western Balkan countries to the EU, Bosnia and Herzegovina in particular, Suica has stated several times that it is unrealistic for Serbia to become a member of the EU by 2025. Croatia got in any case an important portfolio, devoted to a pressing issue for the country, as demography has to do also with young generation leaving the country searching for jobs abroad. Many countries in the Eu were faced indeed with a population decline. Suica is supposed to prepare a report on the impact of demographic changes on different groups in societies in the first six months of her term, and identify models for dealing with those issues. The Croatian Commissioner will coordinate work on a long-term vision for rural areas and is also supposed to coordinate activities aimed at preparing overall strategy on the rights of children. “We are going to delve into this problem, and we are going to deal with brain drain and reasons why young people are leaving their countries”, Suica said. The European Commission president also decided to appoint the Croatia candidate as the head of a team responsible for organising a two-year conference on the future of Europe which should present what sort of European Union its citizens desire. “This includes discussions with citizens and dialogue which we have not had to date. It is necessary to listen to EU citizens who feel sometimes to be distanced from the European Union. I am supposed to be most visible in these efforts in central and east Europe, where democratic values are shaken sometime”, Suica said.