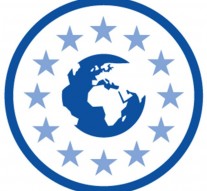 On 5 July 2016, the European Commission and High Representative Federica Mogherini expressed a joint statement to push forward the EU’s help to its partner countries. As the EU was always trying to keep security close to its borders by helping its partners, now the time has come to even bigger involvement. Joint Communication includes legislative and security sector reforms. New measures will develop the Instrument contributing to Stability and Peace (IcSP), which means more assistance for actors of security sector in third countries.

The main idea behind this new proposal is by effective usage of European assistance programmes to help partner countries to learn how to manage crises by themselves. Consequently, it could build bigger connection between security and sustainable development and progress the rule of law, democracy and human rights in third countries.

The EU is aware that it is better to solve the problem abroad than letting them come on its own territory. It wants to empower its partners to ensure their security and development by themselves. With a deep understanding of common global challenges such as wars and international terrorism, the Union wants to invest more in stability and sustainable development behind its borders.

It should be understandable that peace and development are two sides of the same coin. If the country is not secure, it cannot develop economically; and if it is not stable economically, it cannot be peaceful, as the population will protest due to the lack of possibilities for their lives. That is why it is of a huge importance for the EU to build sustainable economies and peaceful societies in its partner countries.

The new change is to make the EU’s role more effective in helping partner countries to develop stable economies and peaceful societies. The extension of the IcSP will focus on capability constructing programmes to progress security and development in the third countries. This will include training, advising, providing of non-lethal arms, improvement of infrastructure and some other services.

Peace and sustainable economic development are ones of the basic values the European Union was formed on; therefore, it sees its role in struggling for them in other parts of the world. Common Security and Defence Policy of the EU has already a record of assistance with reforms in security and development in the third countries. The new strategy helps both Common Security and Defence Policy and Commission instruments to work together.

To remind, in the period of 2001-2009 the EU’s support through the European Commission amounted to over €1 billion and included interventions to maintain security and justice sector reform in partner countries. Six main core areas of assistance were border management; law enforcement; justice reform; Disarmament, Demobilisation, Reintegration; civilian oversight; civilian management.

The main features of the EU instruments for security and justice

While helping partner countries to develop, the EU will adapt its instruments in accordance with a specific situation on the ground. The EU instruments will be based on national strategies to ensure national involvement and acceptance. One of the main requirements to the tools to stay flexible and adaptive to a changing environment. The Union will reinforce all the components of the security sector, along with military one, which will reflect in trainings, consultations, providing of non-lethal equipment and disarmament.

The European Council Conclusions of 19/20 December 2013 emphasised “the importance of supporting partner countries and regional organisations, through providing training, advice, equipment and resources where appropriate, so that they can increasingly prevent or manage crises by themselves”.

In April 2015, the European Commission and the High Representative accepted a Joint Communication on building opportunities in support of security and development. Therefore, the new statement of 5 July 2016 is continuation and improvement of existing European attitude of global responsibility and involvement in building peace and stability in the world.