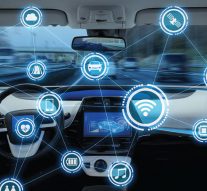 No Comments on The new mobility era in Europe 224

In the next decades the mobility sector will go through some dramatic changes because of several factors such as the growing number of people moving to (and within) urban areas, the shift towards an even more individual and personalized mobility and the growth of tourism flows. The ecological and environmental problems are also changing people’s behaviour due to more awareness. One of the positive externalities is probably an increased interest in sharing resources and goods. The growing demand for sharing mobility services is resulting in a number of entrepreneurs investing in this sub-sector, multiplying the number of services, the city coverage, as well as their quality.

Among shared forms of transportation, car sharing is very successful. In 2016, car sharing was operating in 46 countries and six continents, with an estimated 2,095 cities and approximately 15 million members sharing over 157,000 vehicles. Both members and vehicles increased exponentially between 2014 and 2016, with a growth rate of 211% and 51%, respectively. Asia is the largest car sharing region, in terms of members and vehicles, followed by Europe and North America. In Europe, car sharing is widespread especially in Paris, London, Berlin, Milan, Rome, Madrid, Turin and Florence, where a high number of sharing vehicles is available. According to ING Bank (2018), interest in car sharing is present amongst many Europeans but there are some barriers that need to be overcome (such as costs of car sharing services).

While proficient integration into the transport sector of the one-to-one communication scheme introduced by the Internet has brought significant improvements for shared mobility, smart routing, as well as providing real time information about public transport, the dissemination of smart sensors in the surrounding environment and in the objects are paving the way for a new digital revolution called Internet of Things. Within this new framework, the Internet has become a network connecting objects, robots and most other machines allowing them to mainly act in two ways – following a direct human request or “autonomously”. The latter implies these actions are related to a large amount of data elaborated by sophisticated algorithms which guide the machine’s behaviour in relation to the information input and behaviour patterns. The main impact of this new framework on the mobility sector is that it makes self-driving vehicles possible.

Thus, the mobility sector is now characterized also by connected Vehicles (CV) which are provided with technologies that allow them to communicate with the environment as well as between each other, supplying useful information to the driver (or a vehicle) to help them to take more informed decisions.

Autonomous Vehicles (AV) imply that machines, provided with proper equipment and real time information flows, can take decisions and carry out their own actions, such as self-parking, avoiding collisions, autonomously and driven.

The Society of Automotive Engineers (SAE) found 6 different levels of automation, from level 0 (no driving automation) to level 5 (Full Driving Automation). According to PWC estimates, all the cars sold by 2025 will be connected vehicles. In 2017, out of about 63 million cars sold in the US, EU and China, the number of connected cars exceeded 55 million, while the non- connected cars sold were 7 million. In 2020, the connected cars sold should reach the 65 million thresholds, up to 82 million by 2030.

Semi-autonomous (Level 2) should reach 5 million units sold by 2020, up to 33 million by 2025. The fully autonomous cars (level 5) will be available only after 2025, reaching 12 million units sold per year by 2030. Only a part of Connected and Autonomous Vehicles will be electric. According to the International Council on Clean Transportation, the ratio should be one out of three cars sold, while the other 2 could be powered with another type of energy.

One of the main challenges related to the adoption of Autonomous Vehicles is connected to its possible energy impacts. Caltrans Division of Research analysed 13 reports and studies on this topic, showing how the effects may vary and have a very wide range of outcomes. Factors such as reduced travel costs, higher highway speeds, longer commute distances and inclusion of previously underserved user groups could have the greatest impact on increasing energy consumption. Some authors conclude that AVs might reduce GHG emissions and energy use by nearly half— or nearly double them—depending on which effects end up dominating.

NREL also made a comparison between different studies, identifying up to 8 different scenarios, showing that the overall impact on fuel demand may vary from – 83% up to +217%, according to 10 different indicators. These transversal analyses indicate that an impact estimate on pollution reduction is still extremely complicated to define, and that final outcomes will strongly depend on how autonomous vehicle’s will be used and regulated.

Connected cars will generate a huge amount of data. The mobility sector is therefore opened to the blockchain industry, that could be the simplest and safest way to share data. Another possible application powered by the blockchain in this sector is linked to the automotive leasing market. Moreover, the future integration of artificial intelligence and blockchain will allow self-driving cars, thanks to the use of smart contracts, to manage all the transactions carried out every day by a road user, such as paying a tolls or refuelling.