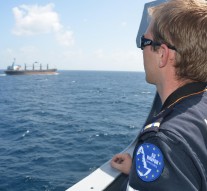 While commentators often point out the EU rather cumbersome procedures and slow machinery to launch its hard initiatives in foreign policy, the tragedy of the migrants’ death ahead of our shores is an evidence that when the EU wants, the EU does take swift action. Or better, when Member States are willing.

In the previous issue we highlighted that the “Jumbo Council” between Ministries of foreign affairs and interior paved the way forward for a parallel response that will mix increased cooperation in common borders and migrations, a strengthening of the FRONTEX-led operation and other related measures, with a stronger engagement with origin and transit countries accompanied by a “hard power” plan.

Indeed, on the European Council of April 23 the heads of State and Government instructed “the High Representative to undertake systematic efforts to identify, capture and destroy vessels before they are used by traffickers in accordance with international law”. More precisely, Federica Mogherini’s tasking was already framed to “immediately begin preparations for a possible CSDP operation”, as stated in the final declaration.

While the European Foreign Service was preparing its plan, Italy took the lead in gathering the necessary consensus to immediately follow-suit with the Council deliberations. The “mini summit” between Italy, France, Germany and the UK, as well as the following discussion between the UN Secretary General Ban Ki-Moon, Mogherini and Renzi on the Italian freight “San Giusto” now literary appear as a hectic sprint, instrumental to ensure the swiftest buy-in on most of Rome’s proposals.

But Italy is not alone. Besides the support of the “southern” Members States, Federica Mogherini is hastening the process with a rare impetus in Common Security and Defence Policy (CSDP). Of course, the matter was a priority during her mandate as Italian Foreign Ministry, yet, under her new hatting the High Representative is indeed making the best use of the so called “fast-track” procedures in EU crisis management.

On a political level, her trip to New York on 11 May was aimed at ensuring that the EU will be granted the due support of the United Nations. Speaking before the Security Council, Mogherini presented to the UN partners the full spectrum of European engagement in tackling the crisis: “We are here to act immediately and to act together. We need an exceptional response. The European Union is finally ready to take its own responsibilities: saving lives, welcoming refugees, addressing the root causes of the phenomenon, dismantling criminal organisations”, she said.

It is yet no clear if the UN will give its full consent to the currently evolving military plans, but Brussels’ policy-makers are apparently finalising the shape of the European Union Naval Mission in the Mediterranean, or “EUNAVFOR Mediterranea”.

The model was inspired by the successful endeavour that Member States upheld in the Indian Ocean since 2008. With the operation EUNAVFOR Atalanta, the EU, together with many international partners (including China, India, the USA, Turkey and South Korea), piracy off the coasts of Somalia was dropped to 98%, this restoring the safety of one of the most trafficked maritime routes in the world. This new operation will be of course framed in a totally different reality, but some elements may remain similar. While awaiting for the outcomes of the internal negotiations and the discussion with the UN, the website “Bruxelles2” reported that a 4-phased plan was prepared to fit into all the possible mandates that the heads of State and Governments may agree on the European Council of 18 May.

A first phase will be focused on intelligence and police cooperation on tackling the “death vessels” and dismantle their financing networks. Then, once the life of the migrants on board will be ensured, the freights would be allowed to destroy all boats with EU flag on international waters.

All of this would be possible without any Resolution from the UN Security Council but, in such case, the operation could aim at destroying any of such vessels, with the possibility of operating inside Libyan national waters.

Rome would not be just the primary driver for the establishment of EUNAVFOR Mediterranea. Rumors confirm that the “Operational Head Quarter” will be placed in Italy, and the first Mission Commander, the top manager to be appointed by the Council, will be the Rear Admiral Enrico Credendino. He definitely is no “parvenu” in EU security and defence policy, having led the Operation Atalanta in 2012 with the Italian flag-freight San Giusto (the same where Mogherini, Ban Ki-Moon and Renzi met after the dramatic death of more than 700 migrants).

No other details are at the moment available, however, since EU military operations are currently established with ad-hoc national contributions, it seems likely that the countries involved will be first and foremost the Mediterranean ones, the UK, Germany and the Netherlands. Not surprisingly, no clear commitment was already manifested by Eastern European countries, much more worried on controlling the possible consequences of the Ukrainian crisis.

What is still left in the puzzle is certainly Libya. Its Ambassador to the United Nation publicly manifested Tobruk’s concerns in the conduct of the operations. Would the EU military mission be able to clearly distinguish between fishermen boats and smugglers’ vessels? Moreover the upcoming operation will surely not solve all migration-related problems, and it could result in having many people fleeing conflict and crisis-borne areas “trapped” in Libyan shores, as stressed by an Amnesty International report.

The effectiveness of such operation will have to be evaluated against the whole set of EU measures in tackling the tragedy in the Mediterranean. Combined with the extension of Triton’s mandate and the increased cooperation across all of EU Member States, lives could indeed be saved – it will solve only one part of the problem, but certainly the one yielding the worst consequences.

If the same momentum will be attached to all the measures currently being cooked in Brussels’ kitchen, we will be finally allowed to say that the EU is starting to act with the posture it could have. For the moment, it is definitely a victory in the narrower foreign policy machinery. One that will bring improvements to European capacity in reacting to other future crises.