Home / Energy / A sustainable mobility for a smarter Europe 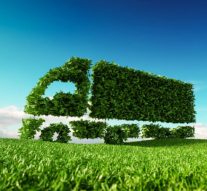 No Comments on A sustainable mobility for a smarter Europe 47

The mobility sector is undergoing drastic changes because of the changes in people’s behaviour, as well as other external factors. From a social point of view, several recent trends are requiring an adaptation in the mobility sector. These trends are due to the growing number of people moving to (and within) urban areas, the shift towards an even more individual and personalised mobility – due to the growing number of single-person households and the longer life expectancy – and the increase in tourism flows. In the last 50 years, the percentage of the population moving to urban areas has significantly increased in every part of the world.

One of the most important challenges facing the transport sector is to reduce the environmental impact. Reducing the pressures of transport on the environment and climate is critical to achieving the long-term vision of EU zero emissions by 2050. Over the last decades, emissions from the EU transport sector have not been dropping enough to limit its environmental and climate impacts. Observing the data published by the IEA relating to EU CO2 emissions in the period from 1990 to 2018, it is clear that, out of the most polluting sectors, the transport sector is the only one not to have reduced its emissions. Nowadays, it accounts for almost a quarter of Europe’s greenhouse gas emissions and is the main cause of air pollution in urban areas, posing a health and environmental threat.

According to the European Environment Agency (EEA), the share of greenhouse gas emissions from the transport mode (2017) sees road transport in first place (71.7%), followed by aviation (13.9%), maritime (13.4%) and rail (0.5%). Although it is important that all transport modes should become more sustainable, it is clear that particular attention must be placed on road transport. The latest version of the ACEA “Vehicles in use, Europe” report (January 2021) highlights how in 2019 the European (UE27) car fleet grew by 1.8% compared to the previous year, reaching 242.7 million vehicles on the road.

The highest growth was recorded in Romania (7%), whereas the French car market contracted slightly (-0.3%). The average age of cars on EU27 roads is 11.5 years, meaning that more than half of the cars currently used by European citizens were purchased before the introduction of the Euro 5 emission standard (January 2011). Lithuania, Estonia and Romania have the oldest fleets, with vehicles older than 16 years.

As for other types of road vehicles, more than 28 million vans are in circulation throughout the EU. With 6 million vehicles, France has by far the largest van fleet, followed by Italy (4.2 mln), Spain (3.8 mln) and Germany (2.8 mln). Diesel-powered light commercial vehicles make up almost 90% of the EU van fleet, while battery electric vans account for only 0.3%. There are 6.2 million medium and heavy commercial vehicles on the EU’s roads. Numbering almost 1.2 million trucks, Poland has the largest fleet, followed closely by Germany (1,010,742) and Italy (946,393). Again, diesel-powered vehicles are the most numerous on European roads, with 97.8% of all trucks running on diesel, while petrol fuels 1.3% of the fleet. 0.04% of trucks on the EU roads are zero-emissions. Around 692,207 buses run throughout the EU, with almost half found in three countries alone – Poland, Italy and France. Diesel buses still account for 94.5% the EU fleet, with only 0.6% being battery electric.

From the end of the economic crisis until the beginning of 2020, the European transport sector experienced a marked growth. The demand for goods and passenger flows increased significantly. This trend was then abruptly interrupted by the Covid-19 pandemic; however, this crisis can become an opportunity to revolutionise the sector, making it more fit to face future challenges. Once the pandemic is over, the European transport sector cannot return to the same point interrupted at the beginning of 2020. Mobility in Europe must use this moment to accelerate the sustainable transition, keeping in mind that changes in the transport sector are usually picked up more slowly than in other sectors. We must make a move now to meet the European emissions reduction targets for 2030 and 2050.

In order to improve the sustainability, security, efficiency, reliability and comfort of transport, a wide set of measures is required. The decarbonisation of transport and the achievement of environmental objectives is a long process, not achievable in the short time, and calls for several hundreds of billions in investments. Here, the Sustainable and Smart Mobility Strategy provides an important policy direction, as well, the Connecting Europe Facility and Recovery and Resilience Facility are key EU funding tools.

Furthermore, for this mode of transport to spread effectively, a single European transport area without barriers and restrictions needs to be created. This is particularly true for the railways, which represent a large part of the flows, however, it is also valid for air transport, road transport, indeed, for all modes. Many European states maintain regulatory constraints that prevent access to foreign operators in the sector, hindering the development of rail passenger and goods transport in the Union. If the rail market in the EU does not work well, then it cannot be seen as a real alternative to other modes of circulation.

On the contrary, efficiency can be increased and transport emissions reduced by breaking down the barriers that divide internal systems and markets within the EU. Freedom of movement of goods and people is also one of the fundamental freedoms of the common European project.