Home / Opinions / The Tragic Story of the Greek Debt Crisis 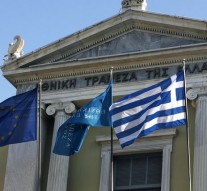 Well, let us have a recap on the Greek Debt Crisis.

There was once a small country that failed to make a loan repayment to the International Monetary Fund, called Greece. Creditors, headed by Germany, have got it in for Greece and have persisted with pension cuts and tax increases on income. This reform programme has lead only to a decrease in consumption, business failure, the rise in unemployment and a fall in gross domestic product and entailed an increase in the debt/GDP ratio, which has already reached stratospheric level of 180%!

Not satisfied with this extraordinary result obtained with the brilliant policies of austerity, Germany and other creditors have forced the Greek Government to accept another restrictive clause. In case there will be no primary surplus (income – sales – borrowing costs) in 2018 there will be other cuts up to 3.5% of GDP. This will generate in turn another increase of the debt ratio.

Why nobody wants to understand that the only way is to cut the debt as it is crystal clear that Greek people will not be able to pay it?

Besides, this adds insult to injury.

Financial aid received by the Greek Government are not used for the development of the economy, but rather to finance interest payments on a national debt that increases dramatically.

Sooner or later the International Monetary Fund, namely the United States, will reason with lenders in Northern Europe.

Greece is a member of NATO and the United States certainly do not wish to let Greece fall into Putin’s arms for a few billion Euros. It is essential that Greece remains inside NATO and the EU, because it could become Russia’s harbour on the Mediterranean, while Balkan States are already a powder keg and Turkey is becoming another Islamic regime.