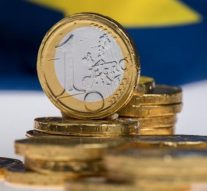 No Comments on Towards the new EU budgetary challenges 23

As the COVID-19 pandemic is now at its uncertain end, most of the EU Member States are relaxing their measures. Besides, the EU advances the financial instruments for fostering the economic rise across the Union. The newest such initiative is the idea of the Recovery Fund which was eventually adopted by the EU leaders in May. This analysis presents its key elements.

The EU Commission named this 750 billion EUR package as the “largest stimulus package ever”. Is consists mostly of the so-called “NextGenerationEU” which is a temporary recovery instrument aiming to help repair the immediate economic and social damage brought about by the coronavirus pandemic. Post-COVID-19 Europe, as the plan envisages, will be greener, more digital, more resilient and better fit for the current and forthcoming challenges.

The EU Commission predicts that more than 50% of the amount will support modernisation, for example through: microscope research and innovation, via Horizon Europe investment icon fair climate and digital transitions, via the Just Transition Fund and the Digital Europe Programme vaccine preparedness, recovery and resilience, via the Recovery and Resilience Facility, rescEU and a new health programme, EU4Health. In addition, the package pays attention to modernising traditional policies such as cohesion and the common agricultural policy, to maximise their contribution to the Union’s priorities, fighting climate change, with 30% of the EU funds, the highest share ever of the European budget, biodiversity protection and gender equality.

However, not all went smoothly when it comes to the procedure and adoption process of this large package. In wake of the idea creation last year when the virus eroded across the Old Continent, countries such as France, Italy and Spain, which, according to initial estimates, were most affected by the crisis due to the corona, were fiercely in favor of grants that would be financed through joint EU bonds – the so-called Eurobonds or corona bonds. These bonds would be taken over indirectly, through the joint EU budget, distributed under certain conditions and should be repaid in the next 20 years. Austria, the Netherlands, Denmark and Sweden, on the other hand, are also vehemently opposed to grants to southern countries from the Reconstruction Fund. Immediately after the French-German proposal became known, Austrian Chancellor Sebastian Kurz said: “Our position has not changed”. The chairman of the Committee on Budgets of the European Parliament, Belgian MP Johan Van Overtvelt, said in Brussels that the position of these four “thrifty” countries must be taken very seriously, although Germany has obviously changed its position. In the end, there must be a compromise. “Let’s not waste time now,” he said.

Steps towards the annual budget for 2022

In commentary published on the EU Commission website at the beginning of June, the Commission explained that the combined EU budget 2022 and NextGenerationEU will make available €311 billion in funding to help rebuild and modernise our continent, fostering the green and digital transitions, and making sure we create a stronger and more resilient Europe, which plays a strong role in the world. In parallel, the EU budget will continue to support Europe’s political priorities, whose contribution to a sustainable recovery is more relevant than ever. The Commission remains committed to the six headline ambitions set out by President von der Leyen: the European Green Deal; a Europe fit for the digital age; an economy that works for all; promoting our European way of life; a stronger Europe in the world and a new push for democracy. The budget for 2022 will enable the Commission to deliver on these priorities.

Furthermore, to finance NextGenerationEU, the Commission will borrow up to €807 billion on the capital markets. To obtain the necessary funding under optimal financial terms, the Commission will be using a diversified funding strategy. The funds will be disbursed via grants or loans, either through the Recovery and Resilience Facility or through several EU budget programmes which receive top-ups from NextGenerationEU.

What will be the destiny of the proposed measures, remains yet to be seen. The Council usually adopts its opinion on the budget by the end of July, and the European Parliaments announces its official position in the autumn. A specific Conciliation Committee is convened, usually in late autumn, to reconcile the positions of the Parliament and the Council. It must be agreed within 21 days on a common budget, which both institutions should afterwards approve. This year, the period runs between 26 October and 15 November.