Home / Social Policy / Trans-Atlantic Relations and Unity in the EU 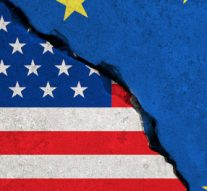 Trans-Atlantic relations, since the end of World War II, have been at the core of the world global order. Europe, regarding defence and military issues, but even on many other aspects of the foreign policy, has always relied on the United States. Now things could change and many analysts wonder if there is a new global order with Donald Trump at the White House. “Is the Trans-Atlantic Relationship Dead?” asked the «New York Times» at the beginning of 2018.

There is no clear answer to this crucial question, as relations between Brussels and Washington still goes on and will go on actively in several fields: US still have a leading role in NATO; despite Trump’s “America First”, trade relations will be safeguarded at least to some extent; and Trans-Atlantic links seems still strong when dealing with Russia.

In this apparently new framework, as the US doubts its relationship with the EU, many European officials have called for lessening the bloc’s reliance on the US. The EU has recently taken steps toward military cooperation and independence, but there is neither the will nor the resources to provide the level of protection that America still offers. That’s why, at the end of the day, EU seems unable to find a real alternative to the Trans-Atlantic relationship.

Even the French President, Emmanuel Macron, said his government would unveil proposals “in the coming months” to boost security across the EU, in a bid to diminish the bloc’s reliance on the US for its defence needs. “Europe can no longer rely on the United States for its security,” Macron said during a speech to French diplomats and lawmakers. “It is up to us to guarantee European security.” But when it comes to concrete proposal, the EU Member States are divided and unable to find a common ground on Foreign and Defence policy.

For many aspects the growing approval for Trump in the US goes in hand with the growing euro-scepticism in Europe: the EU is not perceived as an actor able to give answers to the needs of the citizens, mainly because is not united. Brexit was the first warning in this sense, and migration threat to become the final test for the EU survival. Maybe the EU survival it is not really at stake, but it is a matter of growing divisions inside the Union. And all these processes inevitably weaken the European family and its ability to provide new answers.

On the 12th September 2018, in the occasion of his State of the Union Address, President Jean-Claude Juncker said: “We must improve our ability to speak with one voice when it comes to our foreign policy. That’s why today the Commission is proposing to move to qualified majority voting in specific areas of our external relations. Not in all but in specific areas: human rights issues and civilian missions included. This is possible on the basis of the current Treaties and I believe the time has come to make use of the passerelle clause which allows us to move to qualified majority voting – the ‘lost treasure’ clause of the Lisbon Treaty.”

This could be an important path to overcome the growing divisions that are within the EU, being indeed an acknowledgement that consensus is not the rule in the Union. This process will go through giving more power to the EU itself, not just fighting against national States but starting from the work of the European Parliament.

In this sense, an important vote in the European Parliament took place on Wednesday 12th September in Strasbourg on the launching of an Article 7 procedure against Hungary; it is the second time that Brussels invoked a punitive measure, after Poland in 2017. Article 7 of the Treaties of the European Union can be activated in cases of a “clear risk of serious breach” of the rule of law in a Member State. Orban, on the other side, in his speech at the EU Parliament in Strasbourg asserted Budapest’s right to defend its border from migration flow: “Hungary will not accede to this blackmail”, he added.

The European Parliament approved the Article 7 procedure against Hungary, proving to be able to defend its rules and values, but when it comes to provide concrete answers to migration crisis in the Mediterranean Sea divisions among Members States still seems to prevail. A regrettable stance from a Member State, as could be the case of Orábn, should not be used as an “alibi” to cover the fact that the EU should be able to answers to the open issues and to citizens’ needs. With the Members at odds over migration, Brexit and rising right-wing populism, EU’s soul depends also on the outcome of European elections in 2019.

The Greek Prime Minister Alexis Tsipras, on 11th of September in Strasbourg, has accused the EU of being anti-democratic and warned that the bloc risks being torn apart by the rise of right-wing populist forces in Europe. According to him populists could tear “technocratic” EU apart. “The EU’s failure to give democratic and effective responses to modern challenges will lead irrevocably to the triumph of chauvinism and will rekindle nationalistic rivalry” Tsipras said. “It will turn it into a fragmented continent, a continent without cohesion, without an international role, and without a future” added.

To conclude, the threat coming from growing populism is common both to US and EU, that despite all the difficulties should cooperate and try to keep strong Trans-Atlantic relations, as for Europe Washington is still the key partner in the world without any comparable alternative. Thus defeating populism should not be a target itself, but should be the natural result of a comprehensive and effective policy from the EU.