Home / Opinions / What is the TTIP? 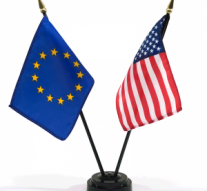 No Comments on What is the TTIP? 74

The Transatlantic Trade and Investment Partnership, or TTIP, is an agreement that aims to eliminate tariffs and duties between Europe and the United States, as so to make trade more fluid between the two continents.

The Treaty, secretly negotiated between the EU Commission and the US Government, is intended to set up an internal market between Europe and the United States in order to face together emerging countries such as China, India and Brazil.

All areas of production and consumption, such as food, medicines, energy, chemicals, but also our rights related to access to essential services of high commercial value as schooling, health care, water, social security and pensions, would all be exposed to privatisation and to the potential acquisition by more competitive businesses and financial groups.

Those in favour of the free trade agreement between Europe and the United States point out that this new free trade area, which would represent more than 50% of world GDP, would favour the commercial exports and increase employment rates.

Those against it, NGOs operating in all EU States, as well as hundreds of environmental groups, stress that the benefit produced by the TTIP would be for multinationals only – especially the American ones. Indeed, they are the only that could benefit from an increase in exports, while it could be a fatal blow to small and medium-sized enterprises.

Among the sectors affected the most, there would be agriculture. According to Friends of Europe’s report entitled “Trading away European farmers”, TTIP will increase United States’ imports, with an increasing advantage for large companies up to 4 billion, while it will have little benefit for very few major European manufacturers. The contribution of agriculture to GDP may decline of 0.8% resulting in a loss of jobs, while the US would increase of 1.9%.

The same report adds that there is a risk that TTIP could lead to a strengthening of agro-industry, disadvantaging all traditional agricultural crops. Many manufacturers operating in Europe will lose their market shares by US producers. Then, TTIP will lead to further intensification and concentration of crops in the hands of Agriculture Corporation on both sides of the Atlantic.

Consumer safety and environmental protection will be damaged as both US Government and producers’ organisations are openly asking Europe to weaken the protection systems in areas such as the approval of GMO food, rules on pesticide safety, the ban on hormones and anti-washes pathogens in meat production.