Home / External Relations / After the failed coup, Turkey is a huge challenge for the EU 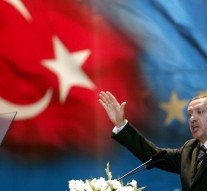 No Comments on After the failed coup, Turkey is a huge challenge for the EU 122

Since the attempted coup of the night of 16 July, Turkey is a huge challenge for the EU.

The Turkish attempted coup of the night of 16 July is another nail into the coffin of European security. The following ‘witch hunting’ started by President Erdogan poses even bigger threat to the European order.

Thousands were arrested and dismissed. Moreover, the President is eager to reinstitute the death penalty, which will stop Turkish road to the EU and exclude it from the Council of Europe. As it is an important partner in fighting ISIS and the migration crisis it caused, Turkey is a huge challenge for the EU.

Read our selection of articles on Turkey.

Since his coming to power, Turkish President Recep Tayyip Erdogan has changed democracy in the country. The new political landscape was presented by persecution of the opponents of the regime and fight against freedom of speech, autocratic tendencies and even returning to the neo Sultan language. Many journalists were imprisoned and police chiefs dismissed.

Interestingly, in his latest interview to CNN, Erdogan calls his fight against free media as a struggle for his people not to be misinformed. While Erdogan was talking about the European integration for his country, Turkey appeared far back with protection of human rights and democracy and even farther from the EU’s membership.

The security situation in the country was far from ideal – conflict with Kurdish minority escalated, terrorist attacks by Islamic extremists and the developing conflict in the neighbouring Syria pushed many refugees to Turkey.  With all the dissatisfaction growing in the country, the regime had its constant followers. Erdogan identified himself closely with the conservative working class, mostly from provincial and rural areas and he has always got their strong support. On the other hand, the educated middle class from the cities saw his neo-Islamist rule as a threat to Turkey’s secular state, democratic values and the integration into the EU.

On the night of 16 July, an attempted coup took place. Turkish President Recep Tayyip Erdogan was on a vacation with his family, when he got informed about the uprising. The President asked people to take the streets to protect the government and many followed the request. The coup was fought back within hours, but resulted in killing of 246 and wondering of 2185 people.

The situation that has followed in Turkey since was named by many as ‘witch hunting’. In few days, more than 7,500 people were arrested, 15,000 educational workers were fired, 45,000 military officials, police officers, judges, and civil servants were also fired, detained or suspended. The government also demanded all university deans to resign.

President Erdogan allowed the parliament to debate the reinstitution of the death penalty, which was suspended on the EU’s request in 2004. Turkey declared a state of emergency for three months and the country can temporarily suspend the European Convention on Human Rights.

The attempted coup and the situation after it caused many suspicions. Some, for example Turkish philosopher and President’s opponent – Fethullah Gulen, accused Erdogan of faking the coup to crush the opposition in the country. The fact that the President is the only winner of the coup and some others support this view.

For more information on the ongoing situation in Turkey, read “Amid purges and censorship, the future of Turkey is unknown.”

Challenges for the EU

Due to Turkish geopolitical importance, the attempted coup received great attention throughout the world, especially in Europe. The country is situated between the European civilization and Muslim world, very close to Russian federation and it controls entrance to the Black sea from the Mediterranean. Turkey is the second military in NATO and an essential partner in US-led coalition against ISIS. Lately Turkey co-operated much with European efforts to control the destabilising flow of refugees into the EU. Consequently, the United States and Europe urged Turkey to follow the rule of law and maintain democratic principles after the coup attempt.

The EU commissioner who deals with Turkey’s membership bid, Johannes Hahn said that fast and efficient wave of arrests and firing indicated that the list had been prepared beforehand. In turn, Minister of Foreign Affairs of the EU Federica Mogherini reminded that Turkey is obliged not to reintroduce the death penalty under the European Convention on Human Rights and as a member of the Council of Europe. No country can become a member of the EU if it introduces death penalty. The present situation of 60,000 people being arrested, suspended or placed under investigation looks horrible for the EU. The Union needs both to keep good relations with the country and to make a proper response to the violation of human rights.

US Secretary of State John Kerry stated that Turkey could lose its membership in NATO if it does not adhere to the principles of democracy after the attempted coup. The US-Turkish relations escalated even more when Erdogan accused exiled Muslim cleric Fethullah Gulen of being an organiser of the coup, and demanded the United States to extradite him. Any disagreement over this extradition can cause threats to the US-Turkish diplomatic relations and weaken the international anti-ISIS coalition.

Taking the challenge, the EU should offer a true partnership to Turkey based on enhanced cooperation in security issues, dealing with terrorism and refugee crisis. Deeper Turkey-EU integration may become a good possibility. The coup, its causes and aftermath almost destroyed this cooperation ground. Now it has to be urgently developed.