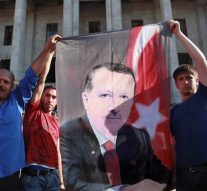 After Turkey’s last coup d’état, outbroken and failed during the night between 15 and 16 July 2016, something has radically changed in the country.

Turkey’s last coup d’état, outbroken and failed during the night between 15 and 16 July 2016, holds deep grassroots in the controversial relationship between the Turkish President, Recep Tayyip Erdogan, and the Turkish Army – the truly one competition for the President.

The failed coup d’état and the consequent response adopted by the Government speak volumes about the political context in Turkey, and Erdogan’s approach to power-management pursued during all the last decade.

The role of the Turkish Army within Turkey’s political system

The Turkish Army is a strong player in the Turkish political system and, as such, it has always played a relevant role in influencing and directly participating to the res publica administration. In the recent history of the country, the army took action three times (in 1960, 1971, and 1980) to overthrow the governments in charge.

The Turkish political system recognises the Army as the guardian of the secular constitution and, so far, it has always intervened with the aim of ensuring the status quo from threats – real or alleged ones – like the affirmation of parties or political movements inspired by Islamism or radical leftists values. Until recently, the Turkish Army has always been de facto an independent body from other central authorities, only subject to the civilian government formally.

When Erdogan took the power, the context has sharply started to change. Such a coup has been organised and implemented mainly because of a deep and intense cleavage between different approaches and views of development. The Syrian civil war and the opposition to the presidential project of changing contemporary political system in Turkey are the two topics mainly justifting the action against the government in charge.

What were the reasons behind Turkey’s last coup?

In their first statement, those leaders who organised the coup supported the operation due to the need to stop the growing authoritarianism and the Islamic transformation of the country, both wanted by Erdogan.

About the official reasons of the coup, lots of different hypothesis arose. One in particular was widely shared, telling the story about Erdogan who wanted already start a new bleed-off process and the leaders of the coup who tried to anticipate his actionand  put in place a really botched coup.

This is a simple hypothesis with no certain proof. It is nonetheless built on a solid structure made of various different clues. First of all, the scarce organisation and implementation of the coup; secondly the fact that, within 24 hours of the attack, Erdogan had already ordered the arrest or removal of judges, officials and professors from University, who were not directly involved in the operations – because of that, it seems that the list of names had been already prepared well in advance before the coup.

Furthermore, someone considers quite certain that the coup has been promoted by Erdogan himself in order to increase its real power. Quite often in Turkey, it is possible to hear about a “deep State” – a hide parallel network between the police and secret service, in charge to put in place those attacks and other actions in order to find an easy justification to any repressive measures taken by the President. In more journalistic terms, it is quite easy to hear about a “false flag” in Turkey.

Something in Turkey has radically changed. In particular, Turkish foreign policy has deeply modified its guidelines and objectives during the last 10 years, becoming untied from the western and European interests. Turkey has been looking for a stronger international identity through the promotion of the country as a new economic power, and broadening its sphere of influence.

The European Union seems not to fully understand that Turkey is less and less aligned to the western and EU foreign policy objectives. The EU has not anymore Turkey in its pocket. The migration policy has failed and the idea of granting visas in return for Turkish control of migration flows has proved weak.

Today, entering the EU is not a priority for Turkey anymore. The government is now well aware of the difficulties of the entire process, while trying to put Turkey to the EU-side. The European Union should stake the whole range of relations with Turkey and not only those related to migration or trade flows – given the wide violation of human rights that brought the country backwards in terms of protection of civil rights and fundamental freedoms.

In terms of the world order, Turkey’s last coup d’état has changed some relevant aspects in that world area, with particular reference to the different kind of relationships lying between Turkey and, respectively, US and Russia. Turkey pursues different objectives from the European ones or, more in general, from purely western goals. Its bandwagoning activity is well explained by the actions took by Turkey in the context of the Syrian war.

Indeed, Turkey is now playing on several geostrategic fronts. First of all, Turkey made a historic rapprochement with Israel, after a long period of tensions after the attack led in 2010 by an Israeli commando against a Turkish ship intending to provide aid to the Gaza Strip, which has been embargoed from 2006. On the other hand, Turkey has (slowly) opened new diplomatic channels with Russia in the immediate aftermath of the coup, putting aside a quite long quarrel.

Not only the old-fashioned belief that Ankara is and will always be allied with the West is unsuitable to the ongoing political context, but it is also completely wrong. Now, Turkey simply behaves to achieve its own interests in every ways and moments it sees fit. Looking at the full picture and the history altogether, the political, diplomatic and ideological structure of the country has radically changed since WWI. This is a true and global trend in which Turkey is fully steeped. Nevertheless, any element of consciousness from the European Union could not be noticed yet.