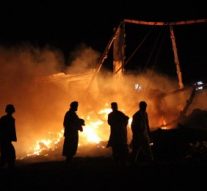 At the end of 2018, more than 100 migrants, who claim to be Iranians, have embarked on a dangerous journey in rubber boats across the la Manche Channel. This has vastly drawn attention towards the Iran and Iranians as a refugee global spot. However, this country remains as one of the hubs for the migrants dating back from the migrant crisis that occurred in 2014 with Syrian war. This analysis brings insights from International Organization for Migration (IOM) as well as from the United Nations High Commissioner for Refugees (UNHCR) regarding the status of migrants in Iran.

The UNHCR in Iran announced that as by the latest figures communicated by the Government in October 2020, on which consultations are ongoing, 800,000 refugees live in Iran, of which 780,000 are Afghans and 20,000 are Iraqis. Additionally, it is estimated that some 2 million undocumented Afghans and nearly 600,000 Afghan-passport holders live in Iran – it is expected that a significant number of those individuals continue to have international protection needs.

Furthermore, the UNHCR reports that in 2020, only 947 refugees returned to Afghanistan – a significant decrease compared to the same period in 2019. This can be understood in the context of continued insecurity and instability in Afghanistan, as well as the enduring COVID-19 pandemic. UNHCR continues to advocate for more third-country solutions for Afghan refugees.

However, in 2020 UNHCR only received resettlement quota for 120 refugees in Iran, the lowest since UNHCR started resettlement activity in Iran in 1999. The Government of Iran assessed that in 2020 more than 3,6 million people with migrant status lived in Iran. Of this number, more than 2,25 million were “undocumented Afghans”, while 780.000 were registered Afghans and 20.000 registered Iraqis. Moreover, there were nearly 600.000 Afghans with official passport and regulated visa status in Iran. The UNHCR marked all these categories of migrants in Iran as “potential number of people of concern”.

The UNHCR reports that thanks to the government’s progressive and inclusive policies, refugees have been given access to education, health and livelihoods opportunities – helping them thrive, not just survive. It is estimated that 96% of refugees in Iran live in cities, towns and villages side by side with the Iranian host community, while 4% live in 20 settlements managed by UNHCR’s main government counterpart, the Bureau for Aliens and Foreign Immigrants’ Affairs (BAFIA) of the Ministry of Interior.

However, the situation is not always calm. The Radio Free Europe reported last June that Iranian police opened fire on a car carrying Afghan migrants in Yazd Province, causing it to explode in flames. Three Afghans were killed and five wounded in the incident. Iranian authorities said police fired on the vehicle because they suspected it was carrying drugs and undocumented migrants. A month earlier, a group of some 50 Afghans illegally crossed into Iran and were detained by Iranian border guards who allegedly beat and tortured them and then forced them to jump into the Harirud, a 1,100-kilometer-long river shared by Afghanistan, Iran, and Turkmenistan.

Many of them drowned. For decades, Afghans weary of war and poverty have gone to Iran to earn a living. Tehran has expelled many Afghans — who are often blamed for insecurity and unemployment — and periodically threatens those who remain with mass expulsion. Many other Afghans moved to Iran following the decade-long Soviet occupation of Afghanistan and the civil war that followed the Soviet withdrawal in 1989. Others sought refuge in Iran after the fundamentalist Taliban took power in Afghanistan.

Following the U.S.-led invasion that followed the 9/11 terrorist attacks in 2001, some Afghans went to Iran seeking jobs. Under the proposed bill, illegal migrants would also face hefty fines of up to 100 million tomans, or around $2,400. Judicial authorities could also confiscate any property or assets they have in Iran. Some of those Afghans have been deported by Iranian authorities. Others have returned voluntarily due to the coronavirus pandemic, which has hit Iran particularly hard, and the worsening economic situation there. Many Afghans take on menial work that many Iranians are not interested in.

Meanwhile, Iranian citizens who accommodate, transport, or employ undocumented migrants would also be punished under the proposed legislation.