Home / Editorial / Will relations between Europe and United States change? 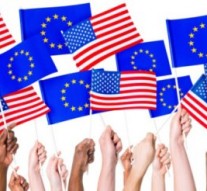 No Comments on Will relations between Europe and United States change? 65

Today, United States commemorate the adoption of its Declaration of Independence. On 4 July 1776 the Continental Congress declared that the thirteen American colonies regarded themselves as a new nation, the United States of America.

Since the day of its independence, on 4 July 1776, relations between Europe and United States have been crucial for both sides of the Atlantic Ocean. The US attitude towards Europe, as for the rest of the planet, has been divided between isolationism and world involvement. While for Europe, its relationship with the United States has been more and more relevant. Since the end of the Second World War, American presence in Europe has been one of the priorities for EU governments.

During the Barack Obama administrations, the EU experienced the last United States’ shift in global priorities. Across Europe, the lack of US leadership on foreign affairs has been widely noted with some regrets. But more regretful is the fact that EU leaders have failed to fill the vacuum left by Washington not being able to create a real functioning foreign and defence common policy.

However, coming 2016 American presidential elections can significantly change the situation again, especially for the biggest US partners, namely the EU, which is already struggling with the consequences of Brexit.

If Donald Trump were going to win, it would definitely cause troubles for the EU. His stance to the American global involvement can be described by his words from Fox Business 2015 GOP primary debate: “We can’t continue to be the policeman of the world.” The same opinion he has regarding the Russian aggression on the European continent. His idea is to make the EU taking responsibility in deciding of its own problems.

Instead, the democrat candidate, Hillary Clinton is in favour of an American involvement everywhere around the world. If she will become President, a US bigger response to Russian aggression and the provision of military equipment to Ukraine can be expected. This attitude can provoke Russia more, which means bigger instability for the European continent.

Besides, also the future of the Transatlantic Trade and Investment Partnership (TTIP) is at stake, as both candidates oppose it. The Treaty, secretly negotiated between the EU Commission and the US Government, is intended to set up an internal market between Europe and the United States in order to face together emerging countries such as China, India and Brazil.  However, it is very unlikely that the deal is going to be signed by the next American President.

Furthermore, the Leave vote expressed by British citizens means that the United Kingdom have escaped being party to any future TTIP agreement as an EU member state. The UK’s withdrawal, on top of all the other shocks that have hit the EU-US negotiations over the past few months, highlights how it would hard for the TTIP project to survive. Brexit may well be the last straw that broke the TTIP camel’s back. Plans for closer economic cooperation are crashing down.

No matter who is going to lead the US for the next years, irrespective of the results present fear of uncertainty and strong change in American foreign policy makes the Union to think over its position, as the victory of different candidates would mean the opposite stance to the EU.

So, while our main partners and allies celebrate their independence with fireworks, parades, barbecues, carnivals, fairs, picnics, concerts, baseball games, family reunions, and political speeches and ceremonies, it is important for Europeans to reflect upon how we are mutually dependent and how US Presidential elections will affect us all.

Happy Independence Day to all our American readers!