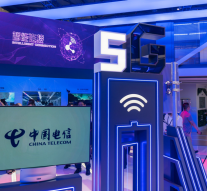 The remarkable growth of China’s technology in the international stage has demonstrated Beijing’s determination to become a global leader in the digital space.Mobile technology has become a key area in which China hopes to command globally, giving the Asian country a leading role in the race of 5G development.

Member countries of the European Union, encouraged by the United States, are carefully assessing their stance over Chinese technology companies amid mounting concerns over cyber security threat allegedly coming from Beijing.This stance comes ahead of EU auctions for the latest generation of 5G wireless technology where Chinese companies, namely Huawei, hope to win major contracts.

Some EU countries, including Spain, Italy and Finland, held 5G auctions in 2018, with others scheduled for 2019. EU members including Germany, Spain, Belgium and Austria are all considering 5G auctions in 2019. These auctions can raise billions of euros and some governments are assessing the risks of selling their telecommunication system to Chinese society.

The US has urged its allies to stop using equipment from Chinese equipment providers, whose security services have accused of posing a security risk.And relations between Europe and China have become strained in recent months over cyber security concerns in telecoms networks: in December the security agency of the Czech Republic issued two warnings against using equipment from China’s Huawei and ZTE; in France, telecoms provider Orange said it would not hire Huawei for its upcoming 5G network. Chinese firms have won deals to build 5G technology in some member states. T-Mobile Poland, which is owned by Deutsche Telekom, confirmed it would build a 5G network in the Eastern European country with the support of Huawei. And the UK Defence Secretary Gavin Williamson said he had “grave” concerns over the use of equipment from Huawei in the UK’s new 5G infrastructure.

Furthermore, on these days, Italy has denied a report according to which it will ban China’s Huawei Technologies and ZTE Corp from playing a key role in building its 5G mobile phone network in the country. And Huawei is likely to win the auction in Italy indeed. Italy’s Ministry of Economic Development is seeking to play down security concerns over spying by China linked to contracts awarded to Huawei and ZTE to build the country’s 5G network infrastructure. According to undersecretary Michele Geraci this is not an issue: “For me it’s just one of 25 names of equipment manufacturers that you can choose from, with different prices and different quality,” said Geraci in an interview. And Italian media reported that M5S leader and vice-premier Luigi Di Maio told Lewis Eisenberg, the US ambassador to Rome, that his ministry intends to set up a structure to ensure security checks on all equipment in the telecommunications sector. Di Maio told Eisenberg that the 5G contracts have already been awarded and that the government won’t be using so-called ‘golden power’ legislation aimed at protecting strategic industries against Huawei, nor intends to withdraw from existing contracts. In the EU, even Germany is expected to snub US pressure to cut Huawei out of its next-generation 5G networks, rejecting claims that the Chinese manufacturer is a security risk. “A direct exclusion of a particular 5G manufacturer is currently not legally possible and not planned,” said Bjorn Grunewalder, a spokesperson for the Federal Interior Ministry. “For the Federal Interior Ministry, the focus is on adapting the necessary security requirements so that the security of these networks is guaranteed, even from a producer that may not be trustworthy”, he added. Allowing Huawei to participate in its 5G network would come as a blow to the U.S., which has been working to persuade its allies to shut the Chinese telecoms firm out of their domestic infrastructure. But Huaweihas repeatedly denied claims that the Chinese government would be able to spy on other nations if the firm was placed within international 5G infrastructure.

What appears quite sure is that EU countries wants to build 5G technologies – because they open up new possibilities for a multitude of life transforming applications – and Chinese firms at the moment are by far those providing most cost-effective instruments to reach this goal. The only other credible option to shield the entrance of China in the European markets requires times and is to create a real European knowledge in this field in order to compete in global technology race.