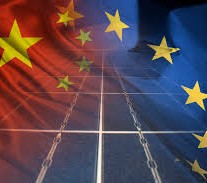 During his visit in China on 29-30 June, EU Commissioner for Climate Action and Energy, Miguel Arias Cañete have agreed with Director of the Chinese National Energy Administration Nur Bekri to strengthen energy cooperation up to 2020.

The EU and China have agreed on a common Energy Roadmap to strengthen their energy cooperation up to 2020. The European Commissioner for Climate Action and Energy Miguel Arias Cañete, and Nur Bekri, Director of the Chinese National Energy Administration committed to address common energy and climate challenges, such as market transparency, energy infrastructure and security of energy supply.

Furthermore, a new EU-China emissions trading cooperation project was also announced by the Commissioner, in the margins of the EU-China Carbon Market Industry Leaders Forum.

“China is sending an important signal as we embark on our journey to implement the new global climate change agreement,” said Commissioner Arias Cañete, “that emissions trading is a cost-effective way to cut greenhouse gas emissions.  .”

The EU Commissioner for Climate Action and Energy is in Beijing to take part in the G20 energy ministerial meeting, which focuses on energy technology innovation, renewable energy, energy efficiency, energy access and the role of the energy system in the implementation of the Paris Agreement.

Finally, a meeting with the Turkish Energy Minister Berat Albayrak to discuss closer cooperation in the field of energy policy is also part of the Commissioner’s agenda.

What is the EU- China Energy Roadmap?

The EU-China energy roadmap is intended to set up further areas of cooperation between Europe and China on policy planning and design, energy efficiency, renewables, research, technology development and innovation.

Following the strategic priorities set out in the Joint Communication to the European Parliament and the Council entitled Elements for a new strategy on China, the roadmap is a keystone in the overall strategic partnership between the EU and China as both countries are moving toward a low-carbon economy.

The agreement lays the basis for sharing best practices in terms of energy regulation, demand and supply analysis, energy crisis, and nuclear safety, as well as grid design and the integration of renewable energy into the electricity grid.

Moreover, the roadmap aims to encourage investment and trade in renewables with the knock-on effects of boosting competition and lowering costs. It also looks to work together on promoting combined heat and power systems, on increasing the bio-gas sector and supporting smart grids.

Another key element of the agreement is also energy efficiency, since both the EU and China are dedicated to boosting energy efficient appliances and developing energy standards in consumer goods, as well as increasing business cooperation on eco-design methods. The two parties also engaged in working to improve trade and investment conditions in the sector.

“The world’s second largest economy will be using emissions trading to reach its Paris pledge – and not in the distant future, but next year,” added the EU Commissioner for Climate Action and Energy, “with more than a decade of experience with the EU emissions trading system, the EU is well placed to support China. Cooperation between the two largest emissions trading systems in the world will send a strong signal to other countries as they prepare to implement their Paris commitments.”

For this reason, the European Commission has  intensified its collaboration with China on emissions trading, with a new cooperation project worth 10 million Euros.

Starting in 2017, the project will last 3 years and enhance EU-China cooperation on emissions trading. It will coincide with the launch of a nationwide carbon market in China, while building on the existing cooperation project that started in 2014. The latter has supported the roll-out of seven pilot schemes across the country.

While tackling challenges regarding the setting up of a national emissions trading system, the new cooperation project will also establish a regular dialogue to discuss developments on emissions trading in China and the EU.