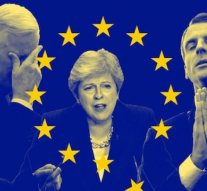 No Comments on Another Council’s Summit: What’s New in Brexit? 28

“The aim of today’s Euro Summit was to assess the state of play of the EMU reform, and to keep up the momentum for change. We agreed that we need to accelerate the technical work. We want to get an agreement on the banking union and the ESM in December. I hope our discussion will inspire the Euro group to act more dynamically. However, our pressuring problem is Brexit”. This is how Mr. Donald Tusk greeted participants within the latest European Union Council held on the 18th of October.

The Euro Summit provides policy guidance to ensure the smooth functioning of the Economic and Monetary Union. This helps to coordinate all the relevant policy areas between the euro area member states. Regular high-level discussions on the specific responsibilities related to euro area membership also allow euro area countries to take greater account of the euro area dimension in their national policy-making. As euro area issues have political and economic importance for all EU countries, they also are regularly discussed in European Council meetings. This summit was dedicated to the economic aspects of Brexit as well.

British Prime Minister Theresa May offered “nothing new” in a presentation to EU leaders at a critical meeting in Brussels, Belgium, the head of the European Parliament said Wednesday. EU leaders ordered negotiations to continue, and left open the possibility that a November summit could yet take place if a breakthrough can be reached, two EU sources told CNN. But they also ordered officials to intensify their preparations for a “no-deal” scenario. The outcome offered a breathing space of sorts to the embattled British Prime Minister, who is under pressure in the UK from Brexiters who feel she has conceded too much to Europe, and from Remainers who fear Britain is on course to crash out of the EU without a deal. But with the clock ticking to Britain’s exit from the EU at the end of March, talks remain at an impasse, with no obvious way out. May spoke for around 15 minutes on Wednesday evening, delivering a “message of goodwill”, but it was short on substance, said Antonio Tajani, president of the European Parliament, who was in the room for the address.

According to an EU source, the leaders “reaffirmed their full confidence in Michel Barnier as the negotiator and their determination to stay united”. They decided not to call for an extraordinary Brexit summit in November, as had previously been discussed, because “not enough progress had been achieved” in the negotiations, a source said. The source added that the EU 27 “stands ready to convene a European Council if and when [Barnier] reports that decisive progress has been made”. But they also asked officials to prepare more intensively for Britain crashing out without a deal.

“The commission we asked tonight to work with even more vigour on the no-deal scenario, not that we expect, but we have to stand prepared”, Dutch Prime Minister Mark Rutte said. If no Brexit deal is reached when Britain leaves the EU at the end of March, there are fears of chaos at cross-channel ports and airports as customs and aviation agreements fall away. The Bank of England has warned the UK economy would take an immediate hit. The biggest outstanding problem remains the issue of how to avoid the need to construct new infrastructure along the Irish border. The removal of border posts was crucial to the agreement that ended years of deadly sectarian violence in the province. European leaders want a “backstop” agreement, whereby in the absence of other solutions, Northern Ireland would remain aligned with European regulations on goods and services, including customs arrangements, after Britain leaves the bloc. May opposes this because, she argues, it would end up splitting the UK into different customs zones, which would be politically unacceptable.

What this Council brought is actually the confirmation of Brexit economic deals and further problems’ resolution in terms of custom and all other unions. What shall be done, remains to be seen yet, but it is for sure that European leaders should clearly work in this direction in order to avoid similar potential problems.