Home / Economy / Apple and Ireland: The EU rules that the Sweetheart deal must end 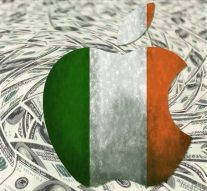 No Comments on Apple and Ireland: The EU rules that the Sweetheart deal must end 187

The Sweetheart deal between Apple and Ireland according to the EU’s most significant ruling yet on Member State tax regimes.

The Republic of Ireland may be forced to collect up to 19bn in taxes from Apple Inc. in the EU’s most significant ruling yet on Member State tax regimes. This ruling comes despite the fact that the “Sweetheart” regime Apple and Ireland has already begun to be dismantled, with no new deals being made and existing deals to be phased out by the year 2021.

The governing coalition of Fine Gael and their minority partner, the group of loosely affiliated independent members of the Irish parliament (TDs) called the Independent Alliance, agreed on Friday to appeal the European Commission’s decision, despite internal dissent on the issue.

Ireland’s sweetheart tax system has come under criticism for the last several years from the US, the EU and even from certain sections of Irish society. The system, which has allowed organisations like Apple to base their headquarters in Ireland while paying close to 0 percent in corporation tax, has led to Ireland being referred to as a ‘tax haven’, and has complicated relations with its trade partners.

The Irish Department of Finance has claimed that any abrupt change to the tax system would jeopardize jobs in Ireland’s resurgent but fragile economy, potentially having the knock-on effect of discouraging new investment in Ireland.

The ruling and appeal

The ruling, which has been welcomed in different areas of Europe and the US, has also been seen as an opportunity by sections of Irish society. The day of the ruling, the Irish online newspaper The Journal published an article about possible uses for the potential windfall. However, Fine Gael Finance Minister Michael Noonan, in his statement on promising to appeal the decision, stressed that whatever the final sum would be, it would have to be used to pay down something of Ireland’s 203bn national debt.

“The commission wearing another hat under their budgetary rules would require monies like this to be taken off the national debt, rather than spent on day-to-day expenditure,” Noonan said.

“The amounts that are recovered by a member state in a stated investigation simply go back to the member state’s budget and it can then, of course, use it according to its own decisions,”

The EC position has been questioned by Independent Alliance TD, Kevin Boxer Moran, who believes that further the potential windfall would in fact never reach the Irish taxpayer. Speaking on the EC decision he said:

“It is cruel to send out that message to the people of Ireland. This money cannot be spent and even if a time where it does come, we might not receive a penny of it.”

The Irish government has agreed to appeal the decision, after early speculation that the Independent Alliance’s opposition to the sweetheart tax system could see the coalition collapse. This fear has been dispelled by the Alliance’s insistence that they would not let the government fall on this issue and would support Fine Gael on the issue.

Fine Gael have committed themselves to defending the Irish tax system from what Noonan has described as an “attack”.

Head of the Irish government, Taoiseach Enda Kenny has openly questioned the reasoning of the Commission and called upon the rhetoric of small nations to describe his opposition to the EU’s infringement of Irish “sovereignty”. In an echo of recent Eurosceptic rhetoric, formerly alien to Irish political discourse, Kenny said:

“This is about the right to small nations. I’m not sure whether the European Commission want to ingratiate themselves with countries more powerful than ours. But this is a small country, and the first meeting I attended after being elected in 2011 was [about increasing] our tax rate.

We make no apology for defending that 100% and we will stand over it, as all governments have done over the last number of years.”

The Irish government’s negative response to the EC ruling has been lambasted by the prominent economist and Nobel Laureate Joseph Stiglitz, who has said of the Irish State, “You were encouraging tax avoidance, you knew it… you got a few jobs at the cost of stealing revenues away from countries around the world and that’s the kind of activity that has to be stopped.”

Stiglitz dismissed the Ministry of Finance’s claims that jobs would be lost as a “vote of lack of confidence in Ireland” and suggests the money be used to relieve some of the hardships that have been facing the Irish population since the recession.

Stiglitz is in stark contrast with the outspoken Irish airline chief Michael O’Leary, who has suggested the Irish government pen a letter to the EC telling them to politely “f**k off” and stated that he believed that the ruling would be overturned during the appeal process.

“I think there’s no chance of this surviving a court ruling in Europe. There’s certain things that Europe has no competence in.” O’Leary said.

Apple CEO, Tim Cook, differed with the EC and Stiglitz’s positions and claimed that neither Apple nor the Irish government did anything unlawful. He described Apple’s 37 year association  with Ireland as a “romance” and contradicted Noonan’s claim that Apple would cut jobs in the wake of the EC ruling.

“We are committed to Ireland and we plan to continue investing there, growing and serving our customers with the same level of passion and commitment. We firmly believe that the facts and the established legal principles upon which the EU was founded will ultimately prevail.”

Nevertheless, Cook emphasised that he believed that the Irish government would do the “right thing” and appeal the decision.