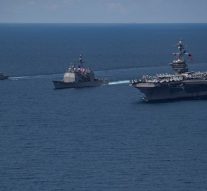 No Comments on The Asian Chess Game 33

Recent developments in international relations showed the whole world how second-order-actors have anyway the power to shape the global security agenda.

As far as the Asian continent is concerned, this intuition become even more clear with a number of confirming examples.

First of all, this is the case of North Korea. There, deep down in the Eastern Asia, this isolated country showed the globe to be able to translate the desperation of isolation into pragmatic external reaction. In order to ensure continuity with previous administrations, the North-Korea’s leader Kim Jong Un founded his political power on both the cult of personality and the demonisation of the so-considered sworn enemy: the United States of America.

Since the half of the last century, the Korean peninsula is one of the political and diplomatic minefields across the world. A widespread opinion argues that if a third World war will finally start, this will occur in Korea.

On the other hand, if the USA and China will find new ways to shape the Asiatic order, this will happen as a consequence of the resolution of the Korean crisis. The peninsula is actually the keystone of North-East Asia. The same keystone that has to handle pressures coming from the biggest global powers: China, who shares with North-Korea a not so unbreachable border; the USA, who deployed about 28 thousand soldiers in South-Korea; the Russian Federation, touching the North-Korean border for 17 kilometres; and Japan, the colonialist power which occupied the peninsula from 1910 to 1945, and made memories of the past atrocities something unforgettable for the Korean’s people.

As far as the hypothesis of unification between North and South are concerned, it is crystal clear the impossibility to fulfill such a project. In facts, the frontier between the two Koreas is the deepest across the world. Thus both the Northern and the Southern Koreas have different political regimes, ideologies, economic performances, and language as well.

The Popular Democratic Republic of Korea is a military-dynastic dictatorship, commonly considered as volatile and unpredictable, it is now a nuclear power. Recent findings show that the Republic could count up to 20 nuclear bombs.

Readers may get upset with what I am saying but, if the two Koreas did not exist, someone should have invented them, and make them fight.

Conflictuality in Korea is a fig leaf covering concrete strategies and special interests that might not be particularly appreciated by the public opinion.

Taking into account this particular aspect of the Korean issue, it is somehow clear that Washington needs the partnership with Seoul in order to conceal the deployment of troops in South Korea against the expansionist ambitions of Pyongyang, while the real aim of the deployment is the containment of China. This is silent way for the USA to take precautions against Chinese revisionism, aiming at redrawing the network of alliances throughout Asia. Similarly, Beijing depicts itself as a true ally of North Korea – even if relations between those leaders are everything but good – thus being able to play chess with the USA, by relying on this fundamental piece. This strategy will most of all prevent the Korean peninsula (and its nuclear armament) to be inglobated in the US sphere of influence.

Japan, as well, has more than one concern when it comes to deal with Korean strategic access to the sea. In facts, in order to prevent North Korea from becoming a Chinese bastion in the Japanese Sea, Tokyo must play in alliance with Seoul, despite mutual distrust. Furthermore, the linkage between Japan and Seoul seems to play a major role in guaranteeing the United States that the alliance between Tokyo and Washington is safe and sound, in a historic period where this partnership is everything but strong, consistent, or predictable.

Unpredictability. This is the word that best describes current international relations. Neither ideology, nor political projectuality can explain the common tendency of strategic choices, from Washington to Pyongyang imprinted on the solely unpredictability of the foreign policies.

Even if it might appear distant and not related to the Asian chess game, the countermeasure put in place on April the 7th by President Trump against the Syrian military forces speak volumes about the message that the United States want to share with dictators, leaders and presidents across the world: the US are willing to intervene wherever they might consider the existence of a threat to its national security.

Kim Jong Un received the message very loud and clear, thus he started a to test the waters potentially igniting a disruptive escalation.

Amid diplomatic skirmishes and military bluffs, North Korea tried to test a new missile with poor results, while the United States tried to gather every ally able to endorse – not just verbally – the US effort against the Korean threat. President Trump, a true game changer in US politics, changed his mind about NATO and the military cooperation with Western allies. In the eve of a potential war with Korea, Mr. Trump tried to put together all the items he could find in his diplomatic toolbox.

The Korean crisis – even if it did not broke out (yet) – led to diverse interpretations. In particular two aspects of the crisis must be underlined and specified.

First of all, the Korean crisis showed the real power of second-order international actors. North Korea, even if isolated, has been able to translate isolation in political strength at a level that Korea became a threat to the entire international order.

Second, the Korean crisis has revealed the weakness and the growing lack of credibility of the US administration. The risk of isolation is even more around the corner for Mr. Trump confirming the fundamental weakness of his foreign policy incapable to set long terms objectives or concrete goals, but rather, influenced by personal feelings and thought patterns not immediately intelligible. 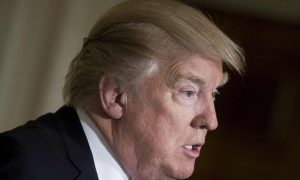