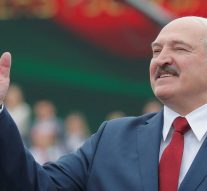 No Comments on The Belarusian economic promise 35

The Belarusian crisis is threatening to evolve into a larger regional scale crisis with longstanding consequences. What now is happening in this eastern European country is a direct outcome of almost three decades of rule of Belarusian president, Alexander Lukashenko. Even though the country registers quite stable economic outlook in the recent years, its ties with Russian Federation and autocratic practices induces severe violations of human rights and breaching of rule of law in the post–Soviet and post–communist country. What is behind the politically dominant Lukashenko’s government? Is a strong economy a guarantee of a stable political occurrences? What could be the potential consequence of Belarusian economic breakdown?

This analysis reports the most important macroeconomic indicators of the Belarusian economy in 2020. It also presents the stances of international organizations towards the latest political developments that could decrease the overall performance of its economy. Belarusian main collaborators in economic sense are Russian Federation (54,2%), the European Union (19,8%), People’s Republic of China (7.7%), and Ukraine with 3.5% of economic cooperation share. Human development index (HDI) is expectably high (.817).

In views of development of the Belarusian economy, the World Bank claims its economy is expected to contract by over 2 percent in 2020 as the COVID-19 global economic slowdown leads to a lower demand for Belarus’s exports of commodities and investment goods to the European Union (EU), Russia, and other countries. The contraction will be compounded by Russia’s “tax maneuver,” which will require fiscal tightening in response to a growing revenue shortfall. The economic contraction is likely to have a negative effect on household welfare, as the Government’s ability to support vulnerable households will be constrained by the limited fiscal space. In the near term, the main challenge is to ensure an orderly adjustment to the deterioration in Belarus’s external environment.

Given the limited fiscal space and increasing financing needs, Belarus should urgently rationalize public expenditures to ensure that scarce public resources are spent in the right areas. More efficient spending will be critical to delivering savings that can be used to protect growth-enhancing investment, health, and education expenditures, ensure the delivery of public services, and cushion the downturn’s impact on the employment and incomes of low-income households through strengthened social protection spending.

Russia supplied crude oil to Belarus in large quantities, below the usual world market price. Oil was processed in Belarusian refineries, and derivatives produced in that way were sold by Belarus at standard world prices. The German newspaper “Parliament” wrote that according to the cautious estimates of the opposition, Moscow’s direct and indirect subsidies “amounted to almost 90 billion euros by 2017”. With these funds and an extremely caring attitude towards state-owned enterprises, the regime has long been able to maintain economic stability. The World Bank describes it in its report on Belarus as follows: “… a gradual process of transformation, characterized by limited structural reforms and modest private sector expansion.”

The consequence of such an approach is that there are de facto no oligarchs in Belarus who have become rich by breaking up and privatizing state-owned enterprises. And the public sector still deserves almost 50 percent of GDP. State-owned companies that the regime watches over and guarantee people jobs and a certain security when it comes to paying salaries. Only six percent of citizens in Belarus have incomes below the poverty line. In richer Poland, as “Le Monde Diplomatic” reminded, 14.8 percent of the population lives in poverty. But state-owned companies are not helping in the process of modernizing the Belarusian economy.

Series of ongoing protests is occurring across the country. No one knows what will happen after the current leader won the elections, as the level of uncertainty is higher and higher. The country’s economy is highly endangered by the political processes, but it is sure that the current ratio will remain on its path for at least several months ahead.