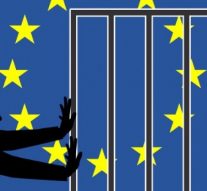 No Comments on Border Issues at the European Council 54

During the last European Council on the 22nd and 23rd March in Brussels, the European leaders discussed border items, among many other topics. Most of us could think, at first, that the border item involved mainly the Northern Ireland/Republic of Ireland case. Of course, the issue is very important because it does not only involve people, but also goods and money, and the relations between the UK and the UE. Also sea borders are under pressure this days: relations among Turkey, Cyprus and Greece are not so friendly. Moreover, if we add what is going on in Syria and the key role played by Turkey, we could affirm that European borders are definitely under stress.

Back to Brexit: if there will be a deal on a customs union like the one between Turkey and UE, the UK will not be able to conclude agreements with third countries. This is just one simple reason why it is not hard to understand why Brexit negotiations are so difficult and why there are phases when the parties are sometimes close to a deal and, more often, when they are quite far to reach a compromise.

Indeed lives of millions of Europeans on the UK ground and, viceversa, UK people living in the UE depend on this negotiations. The Guardian stated that «between 23,000 and 30,000 people commute across the border – a figure that discounts “frontier workers” such as community nurses or farmers who go back and forth across the border several times a day». Those figures take into account just the physical border between the UK and the UE, and they are just related to a part of the total amount. Furthermore, if we think about it, there are so many “frontier workers” that could cross this border more than once per day, that the consequences of  border controls for this people could be devastating and their lives could will be completely turned upside down.

Currently more than one scenario is open. Let’s see if the final agreement will be able to improve peoples’ life, rather than worsening it.