Home / Economy / Brexit and the TTIP: a Pandora box 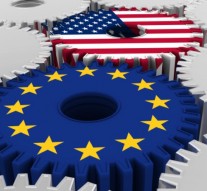 No Comments on Brexit and the TTIP: a Pandora box 117

The 23 June 2016 will certainly remain noted in European historic books, as nobody expected the UK to leave the European Union. What will be the nature of economic consequences for the United Kingdom? What about the Brexit and the TTIP now?  A Pandora box is now open…

The 23 June 2016 will certainly remain noted in European historic books. This was the date when the British people casted their vote in favour of leaving the EU with a tight majority of 51.9% of total voters. Many economic repercussions will hit the UK in the following times.

It would be very hard to check out whether the voters had in their minds the economic moment when circling one of the options. As probably nobody expected, the UK will leave the Union, and a new Pandora box is now open. What will be the nature of economic consequences for the United Kingdom? A detailed economic repercussions analysis published by the New York Times shows, among other interesting facts, that the UK’s share within the EU`s overall economy was around 16.2%. Right after the Referendum results had been announced, the stock markets all across the Europe were shaken. The Frankfurt stock market index fell down for 2%, and the one in Paris lost the 1.8% of its weekly value.

The British pound value has also fallen down in dramatically ending of the last trading day (Friday 24 June) in London stock market.

Besides the fact that UK’s citizens will lose limitless labour, social and economic rights, there are some long-term privileges that will be lost as the UK’s leaving process will continue. All those rights and privileges will depend on the outcome of the negotiating process which will follow; and all of those will also be highly connected with the TTIP, and its validity towards the EU-leaving UK. The Transatlantic Trade and Investment Partnership (TTIP), is a proposed trade agreement between the European Union and the United States. The goal is to promote trade and multilateral economic growth. The European Commission claims that the TTIP would boost the EU’s economy by 120 billion Euros, the US economy — by 90 billion Euros and the rest of the world by 100 billion Euros.

As the Article 50 of the Lisbon Treaty strictly describes the process of leaving the Union, no legal issues will be unknown for the UK. But Nobody knows what will happen with the TTIP. Will it be disastrous for the UK economy?

Brexit and TTIP: what is going to happen now?

The Leave vote means that the British people have escaped being party to any future TTIP agreement as an EU member state. It is also highly doubtful that the TTIP project will be able to survive the UK’s withdrawal on top of all the other shocks that have hit the EU-US negotiations over the past few months. Brexit may well be the last straw that broke the TTIP camel’s back.

At the same time, it has always been clear that leaving the EU would bring us face-to-face with UK political elite that has consistently championed the most extreme neoliberal positions on the European spectrum. As many have correctly pointed out, a new UK government could still attempt to sign up to the principles of TTIP at a future date.

The TTIP agreement with the US has attracted criticism from a number of European politicians, who have voiced concerns that the agreement might open public sector organisations up to privatisation. Critics have also suggested the deal could see environmental and food regulations watered down. French President François Holland said his country would oppose “unregulated trade”, while Germany’s agriculture minister, Christian Schmidt, has also come out against the proposal and UK campaigners have now warned the deal could be “even more disastrous” now that Britain will leave the EU.

It is unclear if TTIP will apply to non EU-countries that are members of the common market, such as Norway. The Norwegian model has been suggested as a possible option for a post-Brexit Britain.

As far as the American TTIP story is concerned, worries for Europeans should be casted away. The only obstacle in fully TTIP conductance could be in practice Trump’s potential victory of the presidential elections next Autumn. As his presidential campaign goes on, Trump tries to emphasise that the TTIP is a bad economic and financial act for the US, since it is based on “unilateral European interests”. Therefore, Trump is more interested in creating a kind of TTIP with China, or even the Russian Federation. If he eventually becomes the next US president, it will be highly possible that the TTIP with the EU will come to its end.

In classical mythology, Pandora box was a container that Zeus gave to Pandora, the first woman, with strict instructions that she should not open it. Pandora’s curiosity soon got the better of her, and she opened the box. All the evils and miseries of the world flew out to afflict mankind. The biggest obstacle in measuring the success of the TTIP in practice is a hard possible way to exactly see how much money it will bring out. It could not be specified how exactly is good or bad the TTIP for both sides, but for sure, it will carry out a new era of opening the Pandora box.