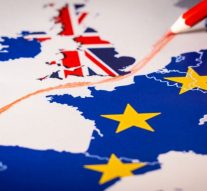 The process of UK’s leaving of the EU was finalized earlier this year. With almost one year of the UK’s being de facto outside the 27 bloc, several new economic analyses emerged with assessment of how the Brexit will actually cost the UK in short, medium, and long term. How much will the UK pay?

Some forecasts predict that the UK’s loss will range between 5% and 7% of GDP in 10 years’ time. And those impacts will be different to the COVID impact. A study done by RAND corporation shows the substantial cost of trade policy uncertainty to the UK economy. By the end of 2020, the study shows that UK GDP could be 0.17 percentage points less than if the UK had not voted to leave the EU. This may be an argument for establishing the new EU–UK relationship quickly to allow business and society to move on. The option of leaving the EU with no deal and simply applying World Trade Organization (WTO) rules would lead to the greatest economic losses for the UK. The analysis of this particular scenario shows that trading under WTO rules would reduce future GDP by around five per cent ten years after Brexit, or $140 billion, compared with EU membership.

Furthermore, the RAND estimates that the WTO outcome would likely move the UK decisively away from EU standards and result in significantly increased non-tariff standards, harming the ability of UK businesses to sell services to EU countries. The services sector, including financial services, dominates the UK economy, contributing to around 80 per cent of its GDP. Under WTO rules, the EU would also lose out economically, but nowhere near the same proportion as the UK. At the end, RAND concludes that economic loss to the EU could be about 0.7 per cent of its overall GDP ten years after Brexit. The seven other trade scenarios would be considerably better for the UK than WTO rules, but most would still lead to economic losses compared its current status as an EU member.

According to most economists, EU membership has a strong positive effect on trade and, as a result, the UK’s trade would be worse off if it left the EU. According to a study by University of Cambridge economists, under a hard Brexit, whereby the UK reverts to WTO rules, one-third of UK exports to the EU would be tariff–free, one-quarter would face high trade barriers and other exports risk tariffs in the range of 1–10%. A 2017 study found that “almost all UK regions are systematically more vulnerable to Brexit than regions in any other country”. A 2017 study examining the economic impact of Brexit-induced reductions in migration found that there would likely be “a significant negative impact on UK GDP per capita (and GDP), with marginal positive impacts on wages in the low-skill service sector.” It is unclear how changes in trade and foreign investment will interact with immigration, but these changes are likely to be important.

At the end, the divorce bill is what really makes things more complicated, but also a last resort of what the Brexit deal should be analyzed. Since fiscal impacts will play a major role in the outcome of Brexit, Theresa May has stated that money will be taking first place as the key importance surrounding Brexit, the others being borders and laws. The Divorce Bill is essentially a financial settlement in which the United Kingdom must pay off their liabilities to the EU. This includes, for example, unpaid contributions to the EU’s multi-year finances. There is no current set figure for the bill but estimates have shown it to be at least £39bn which could see increases as far as 2022. First year costs (2018–2019) are expected to be close to £14bn and decreasing to £7bn by 2022–2023.