Home / Economy / Can the European economy handle another wave of Covid-19? 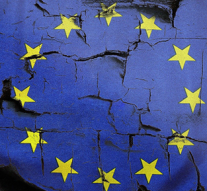 No Comments on Can the European economy handle another wave of Covid-19? 42

The Covid19 pandemic strikes again. The disease is spreading all across the European continent leaving catastrophic consequences towards the national economies. To what extent does the EU have resilience to address the everlasting pandemic? Will its economy survive?

The most affected area of economy is tourism with no doubt. With limited movement of people, the EU Member States suffer from incomes by the tourism. In its endeavours to ease this problem, on 15 June 2020, the European Commission launched Re-open EU, an online platform that contains essential information about the safe relaunch of free movement and tourism across Europe. It provides information on borders available means of transport travel restrictions public health and safety measures, such as physical distancing or wearing of facemasks other practical information for travelers. Re-open EU also brings together up-to-date information from the Commission and Member States. It allows people to browse country-specific information through an interactive map, offering updates on applicable national measures, as well as practical advice for visitors in that country.

As the pandemic re-ignites in October, the Europe registers various attempts to ease the consequences. It will be presented in the coming text, what is the outlook of the macroeconomic capacity during the Covid19 pandemic. In the third quarter 2020, seasonally adjusted GDP increased by 12.7% in the euro area and by 12.1% in the EU, compared with the previous quarter, according to a preliminary flash estimate published by Eurostat, the statistical office of the European Union.

It is not yet clear and sure how and whether the EU will be successful in managing the ongoing crisis. It is clear that its economy is falling down, and all the macroeconomic indicators are low. The very grey future is more than obvious as the pandemic is not over yet, and its end is not even in the horizon.