Home / Economy / Can statistics really tell us everything? 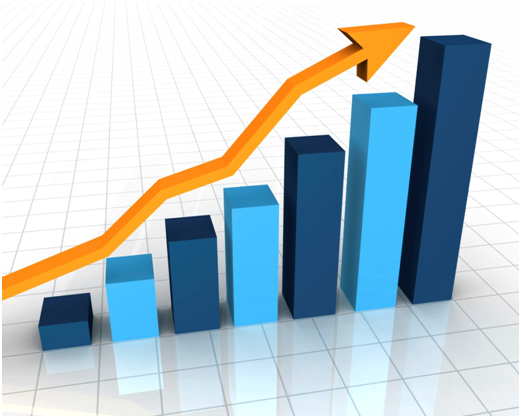 No Comments on Can statistics really tell us everything? 78

Every year, the European Commission announces a package of reports for each European candidate country, which is focused on the achievements made by these States in the previous year. This November, the Commission published single reports for the Western Balkans, namely Bosnia & Herzegovina, Serbia, Montenegro, FYR of Macedonia, Albania and Kosovo, whose designation is without prejudice to positions on status, and is in line with UNSCR 1244/1999 and the ICJ Opinion on the Kosovo declaration of independence.

These reports analyse the progress made by each candidate, starting from the moment in which it expressed the political will to join the Union. Among other relevant things, such as political and other relevant criteria, they consist of part dedicated to the economic criteria. These include the existence of a functional market economy, the capacity to cope with competitive pressure and market forces within the Union, the financial sector development, the legal system in this field and the budgetary stability and issues connected with it. At the very beginning of every report, there are statistics related to the concrete state. In 2015, there have been published seven reports (Albania, Bosnia, Kosovo*, FYR of Macedonia, Montenegro, Serbia and Turkey). But can they really tell us the real situation?

The issues which are analyzed within the economic criteria are: sectoral and enterprise structure, human and physical capital, economic integration with the EU and banking and legal systems.

As stated before, every single report begins with the presentation of the overall statistics for the concrete state. The indicators measured are: GDP growth (and its rate per capita), unemployment, current account balance and foreign direct investments. According to the most general indicator the GDP growth in 2013 and 2014, only Albania and FYR of Macedonia have measured an increase of the GDP in 2014 comparing to 2013. The only state with negative GDP growth of -1.8% is Serbia. However, at the same time, it is the only state which managed to keep the ratio of direct foreign investments.

The existence of a functional market economy is the segment where Serbia achieves the best results comparing to the other Western Balkan states. According to the European Commission, it is the only country which is “moderately prepared in developing a market economy”, and in which the level of progress was “good”. Albania and Montenegro share the second place with “moderately prepared” mark, and with “some progress achieved” level. FYR of Macedonia has a “good level of preparation”, while Bosnia&Herzegovina and Kosovo* are still at an early stage in developing the functional market economies. Recommendations for those Governments are almost the same and are about advancing private sector development through the restructuring and privatisation of state-owned enterprises and tackling the high level of non-performing loans.

Serbia’s economy is recovering from a third recession in five years, but GDP remains around its pre-crisis level. Economic growth averaged 1.0 % over 2008-2013, while it was negative in 2014. The economy has become less dependent on consumer spending and more open as exports have increased by close to 50 % since 2009.

The Albanian government demonstrated strong commitment to reform and implement stability oriented macroeconomic policies in a challenging political environment. Albania submitted Economic Reform Program, covering the period 2015-17, in January 2015. The objectives of the program are to achieve macroeconomic stability, remove obstacles to growth and improve competitiveness.

The fast recovery after each recession episode is indicative of the Montenegrin economy’s resilience to shocks. After suffering two recessions in 2009 and 2012, the economy recovered strongly in 2013, but moderated its pace in 2014. The economy has started to pick up speed again in 2015 boosted by a surge in public works and private investments, particularly in the transport, energy and tourism sectors.

In the FYR of Macedonia the macroeconomic environment strengthened further, but key vulnerabilities remained a source of concern. The economic recovery continued, with domestic demand becoming the sole driver of growth. Output expanded by 3.8 % in 2014 and solid growth continued in the first quarter of 2015. Investment picked up markedly in 2014 due to public road, rail and energy infrastructure projects and new FDI. Import demand, mainly investment related, increased accordingly.

Bosnian economic growth remained resilient in spite of external shocks. However, the short-term outlook will heavily depend on the implementation of structural reforms. After GDP growth of 2.4 % in 2013, substantial flood damages in mid-2014 reduced output growth to around 1 % in 2014. In contrast to 2013, it was domestic demand rather than net exports that drove GDP growth in 2014. Investment was stimulated by disbursements under the flood recovery program (2.2 % of GDP by the end of 2014) and could remain important for economic growth in 2015. Investment in the private sector, however, continued to be stagnant.

The macroeconomic situation in Kosovo remained stable but challenging, hit by the political uncertainties in 2014. Preliminary data shows that economic growth in 2014 dropped to 0.9 %, below the ten-year average of 3.5 %, as a result of political impasse which caused delays in capital investments.

Capacities of economic integration with the EU

Serbia improved its external competitiveness and increased further its trade integration with the EU. A weaker dinar and a relative decrease of labour costs boosted external competitiveness. The EU is Albania’s dominant trading partner, with especially strong links to Italy. Albania increased its openness to trade, with total imports and exports rising to 92.3 % of GDP in 2014 from 86 % in 2008. The Central European Free Trade Agreement (CEFTA) countries and the EU remain Montenegro’s main trading partners. In 2014, merchandise exports to the EU represented 36 % of Montenegro’s total sales abroad compared with 46 % to CEFTA. Yet, the EU was the major source of goods imports, accounting for 46 % of total imports as compared with 38 % from CEFTA. Further progress was made in developing closer trade and investment links with the EU. Trade openness is relatively high given the state of economic development of the country. Trade in goods remained buoyant in 2014, at about 129 % of GDP. Exports rose by 5pp to 52 % of GDP, compared to a year earlier. The EU remained by far the most important trade partner in both exports and imports. Trade integration with the EU fell slightly as a result of declining exports. Trade openness increased somewhat in 2014 to 91 % of GDP but still remains relatively low. The EU is by far Bosnia and Herzegovina’s largest trading partner, accounting for 72.1 % of goods exports and 58.9 % of goods imports. The EU is Kosovo’s biggest trade and investment partner. However, Kosovo’s export capacity remains limited. Kosovo’s economy is still relatively unintegrated in global trade flows, with a trade openness of 71.1 % of GDP. However, the value of Kosovo’s goods trade with the EU has been rising continuously since 2008, standing at 41.2 % of overall trade in 2014.

Are those reports implementable?

The analyzed reports can precisely show us the macroeconomic data in every single candidate state. However it cannot be precise indicators for the real economic situation in those states. Indeed, the data indicated in the reports are contradictory. Furthermore, some data are taken from the national statistics agencies, which use different methodology of the data collection.

Moreover, the content of the reports, as well as their primary intention, is dedicated to recommendations to the national governments and represents a bureaucratic view on the current economic situations combined with the political framework of the Western Balkans region. For all those reasons, the outcome of the reports can be only analyzed in a wider context, as a political precondition for the accession to the EU.