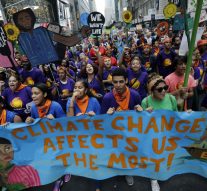 The IPCC report released in 2018 said it unmistakably – either governments adjust the curse of economic development by 12 years-time and finally tackle climate change effectively, or the effects of global warming will be irreversible. And definitely bad.

Millennials are the “worse off generation” on many fronts. First, they are paying the price of the previous generations’ irresponsible and poor management of the financial system and thus they are paying the highest price in terms of income, aspirations and living standards, as a consequence of the economic and financial crisis of 2008. What is more, they are likely to be well set for paying also a very high price for climate change. They didn’t contribute to any of these two major drivers for their future. But still they are doomed to suffer their consequences the most. For this reason, their electoral behavior leans towards disillusion, anger and their vote is normally driven by negative feelings rather than a vision for the society to be. As always, the reader will let us talk of Millennials as a homogeneous group, when in fact is a very diverse generation.

And yet there are these common threats and insecurities along with them that accompany the generation as a whole. And there is still something igniting their political activism that goes way beyond protesting and opting for populism. There is something inspiring marches and that looks worth fighting for, in spite of everything, even for them. They are not going to give up on it – it’s climate change.

Over the past few months, we have been witnessing weekly marches demanding climate justice. Rallies organized by students autonomously, before parties and CSOs started bandwagoning.
Environment has been definitely thriving any political debate involving young generations. It would be wrong to consider this a pan-European phenomenon, though. In fact, it is mainly in the Northern European countries that the young generations have been taking the streets, and where they ultimately affected the political agenda. But this is not the case in Eastern and Southern Europe, where socio-economic backlashes of a difficult and steep way to convergence is affecting Millennials’ political priorities in different ways as oppose to their Northern fellows. Primum vivere – Jobs first, and only then climate justice.

For this very reason, it is correct to expect that climate change will be an important element of the debate in the run up to the European elections, but it would be just wrong to state that it is going to shape the whole debate. This is also among the reasons why the European Greens are not expecting an increase in seats, although their votes in continental Europe countries are increasing remarkably and are definitely youth-driven.

Despite the geographical jeopardization of the youth-driven movement for climate justice, if the policy-makers fail Millennials’ only inspiration for being involved in politics we could fairly expect the young generations to get even more cynical and disillusioned about political fights and, with it, the only existing grip for them to be politically active would be lost. If parties fail at addressing the fight against climate change there is no grant that the European Parliament or any other institutions could put forward anything able to convincingly breed and encourage the political engagement of young people on the EU level. Credibility is key for Millennials to vote for any candidate[1]. Should policy-makers fail at addressing climate change, their credibility would be compromised, and with it the potential of being endorsed and supported by the youth.

So far, besides obviously the Greens, who set the fight against climate change on top of their agendas and throughout their manifesto, the only other candidate and party who seem to be very keen on the Agenda 2030 and climate change is Frans Timmermans, with the Party of European Socialists.

What will be actually done? We know already that there will not be a majority for environmentalists to deliver a solid agenda for climate justice in the EP. Deliver on tackling global warming – also taking into account the unstable and very delicate balance in the international politics arena for the time being – will be very challenging, to say the least.

Millennials will cast their votes at the EP with one aspiration over anything else. Will Europe be deaf once more or will it be able to fish this opportunity to gain trust back?