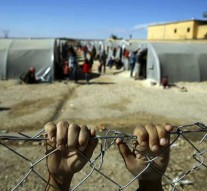 The Commission adopted a Special Measure to support refugees fleeing from the war in Syria and to assist their host communities. Yet, the situation of refuges in Turkey, especially in lights of recent developments, has fuelled concerns across Europe.

On Thursday 28 July, the European Commission adopted a Special Measure worth over €1.4 billion to support refugees fleeing from the war in Syria as well as to assist their host communities.

Since the commitment from the EU-Turkey Statement of 18 March, the Commission has already delivered – together with this accelerated implementation under the Facility for Refugees in Turkey – €2.155 billion out of foreseen €3 billion for this and next year.

In particular, the Special Measure aims to provide support in terms of education, health, municipal and social infrastructure, and socio-economic sustain to refugees in Turkey. On top of that, a number of partners, such as international NGOs or governmental organisations like the United Nations, previously received a further €79 million for humanitarian aid projects.

Nevertheless, the current situation of refuges in Turkey, especially in lights of the recent developments, has fuelled concerns across Europe. A long list of European academics, parliamentarians and judges called on Mogherini to demand the European Council to withdraw immediately the EU-Turkey Agreement.

What is the Special Measure made of?

Three strands of funding are included in the special measure, as so to address urgent needs of refugees and host communities in Turkey.  Their priority will be to concentrate on education, health, municipal infrastructure and socio-economic support in the ten most affected Turkish provinces.

As for the second strand, it is intended to provide EU financial support for education and health-related infrastructure, municipal infrastructure in host communities as well as socio-economic support for Syrian refugees in Turkey. It will be implemented through delegation agreements with International Financial Institutions.

In order to continue funding bottom-up assistance to refugees and host communities, the third strand of the Measure consists of an allocation to top-up the EU Regional Trust Fund in response to the Syrian crisis.

In addition, it will also include an allocation allowing International Financial Institutions to build a project pipeline for potential future projects under the Facility.

Turkey has not been a ‘safe country’ for refugees and asylum-seekers since the signature of the Agreement, says MEP

However, the ongoing situation of refuges in Turkey, especially in lights of the recent developments, has fuelled concerns across Europe.

A long list of European academics, parliamentarians and judges addressed an open letter to both the High Representative for the EU, Federica Mogherini, and the Secretary General of the Council of Europe, Thorbjørn Jagland.

Written by Barbara Spinelli, Italian journalist and member of the European Parliament, the letter condemns any attempts to topple Turkey’s legitimate government, while denouncing the ongoing purges used by the government itself against its opponents, which are clearly “in violations of human rights and the rule of law.”

For this reason, it calls on Mogherini to demand the European Council to withdraw immediately the EU-Turkey Agreement. “Since the signature of the Agreement,” the letter reads, “Turkey has not been a ‘safe country’ for refugees and asylum-seekers.”

Meanwhile, the open letter also address to all the EU Member States by asking them to set the full reinstitution of the rule of law and democratic principle in Turkey as a basic condition for future diplomatic relationships and accession negotiations with the country.